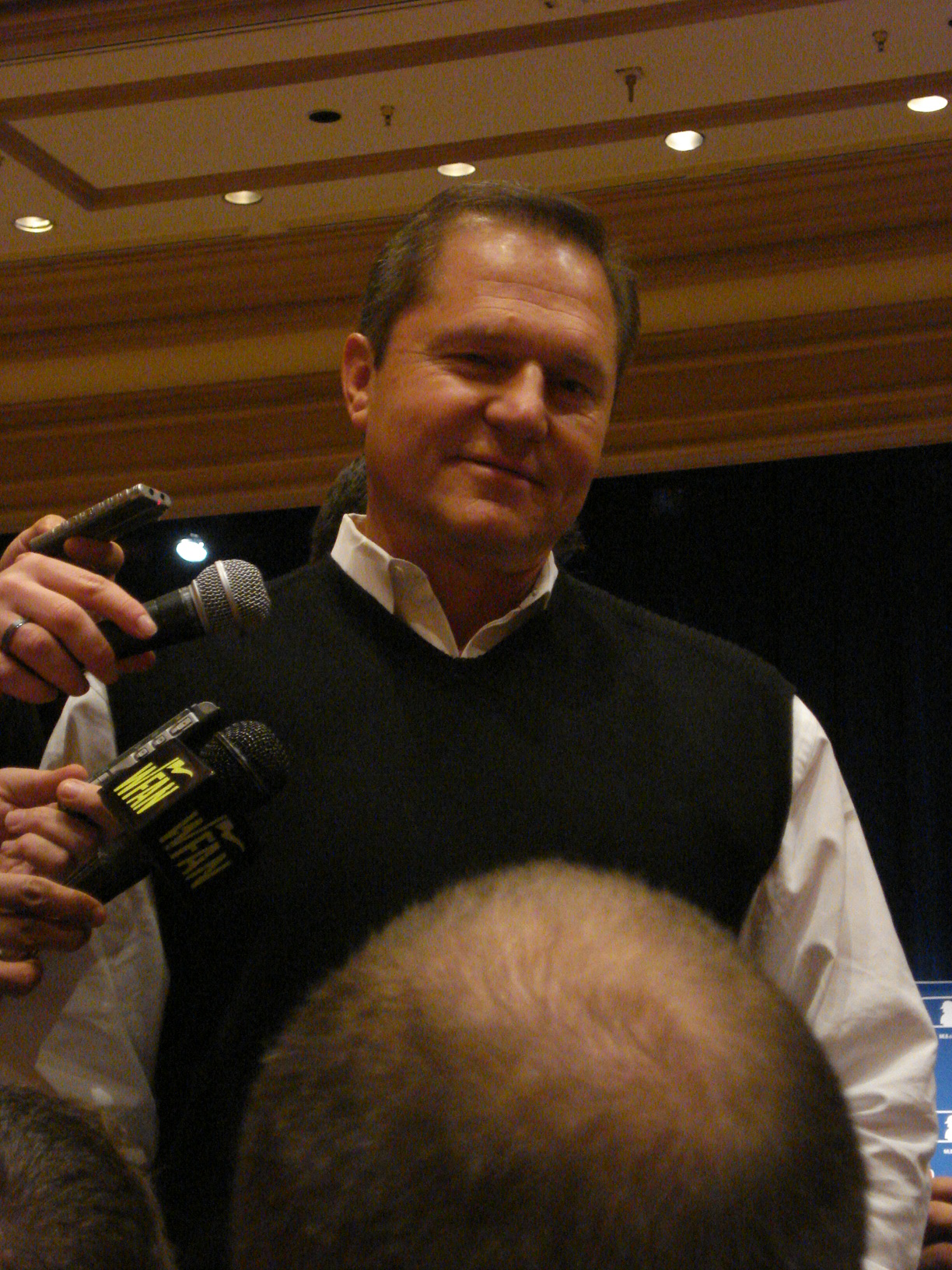 So Joe and were just sitting around here in the press room, surfin’ the net and the such, when Scott Boras walks by followed by an army of reporters. I’m not kidding, there were about 40 or 50 people following him. He marched to the front of the room, stepped up on the little camera stage and launched into an impromptu press conference. Out of nowhere the guy storms into the room and commands everyone attention; it was pretty impressive.

Here’s the notable stuff he said:

Mark Teixeira was the hot topic, so he gets his own little section:

Someone also asked Boras if there was any conflict of interest since he was representing so many high profile players. He said no of course, and mentioned that he has a 15 person staff here. It was pretty cool, you can tell he loved the attention.