River Ave. Blues » A preliminary look at Heritage Field Park
Open Thread: A letter from Safe At Home
Instead of talking about A-Rod talking, let's just talk about A-Rod 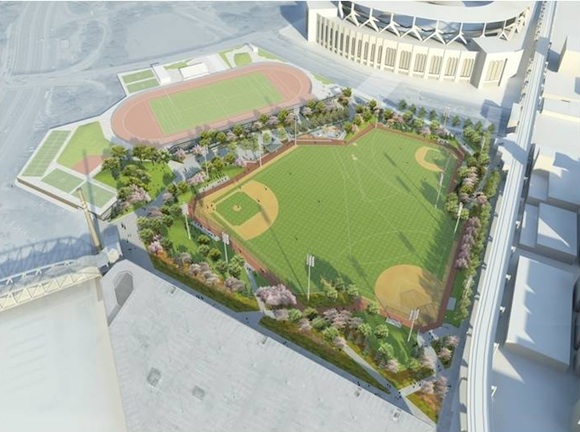 Last night, we discussed briefly how the city’s Public Design Commission had given preliminary approval to the Parks Department’s plans to commemorate Yankee Stadium at the new Heritage Field Park. No aspect of the old stadium — not Gate 2 or any part of the frieze — will be incorporated into the park, but according to Jesslyn Moser, a spokesperson for the department, the design of the field “will allow patrons to visit the past.”

She sent me the renderings seen above and below as well as a statement on the design: “The proposed commemorative design elements, which received preliminary approval from the Public Design Commission [this week], include signage, benches, engraved plaques with historical narrative, viewfinders that allow participants to glimpse past events and an audio tour.”

The Parks Department website on the Yankee Stadium redevelopment plans has more info about the makeup of the various parks. Old Yankee Stadium and its surroundings will feature the following:

This diverse array of sporting venues will replace Macombs Dam Park, formerly home to baseball fields, basketball courts and football and soccer fields. When the park opens next year, the neighborhood will finally enjoy greenspaces taken from it four years ago when the Yanks started construction on the new stadium.

Keep in mind that these images are simply preliminary plans. The Department will release more detailed renderings after the Public Design Commission gives it its final approval. It’s a shame that old Yankee Stadium, renovated in the early 1970s or not, isn’t a bigger part of this park. That stadium witnessed decades of baseball history and deserves to live on in more than just video clips, viewfinders and an audio tour. 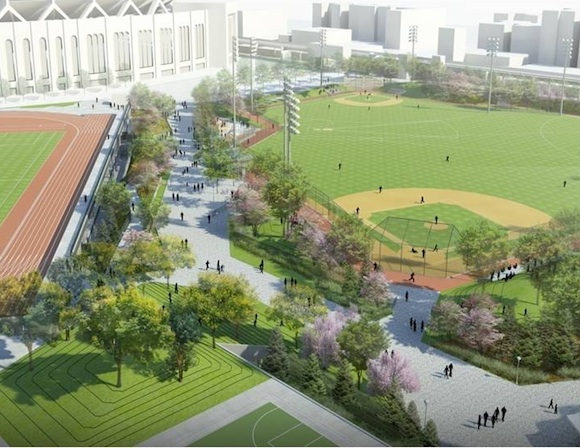 Open Thread: A letter from Safe At Home
Instead of talking about A-Rod talking, let's just talk about A-Rod