We now know, thanks to FanGraphs splits, that Derek Jeter posted better power numbers to right than Albert Pujols. In fact, he posted better numbers to right field than almost any right handed hitter I could find. Jeter’s prolificacy stems not only from what happens when he does hit a ball to right field, but also that he does it so frequently. It made me wonder how the other nine regulars fared when hitting the ball to each field. Who were the best Yankee hitters to right, left, and center? In addition to their rate stats, I’ll also factor in overall production, using linear weights based on BaseRuns. 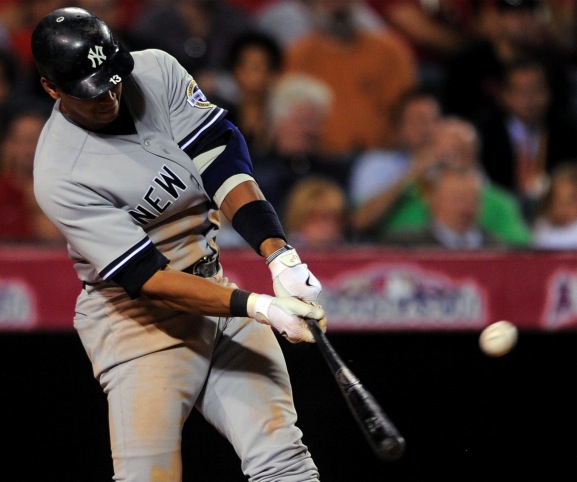 The Yankees didn’t hit that well to left field. In The Stadium that makes a degree of sense. Balls fly out of the park to right, and the Yankees built their team with that in mind. They did stock up on switch hitters, though, and two of them, Swisher and Mark Teixeira, did fare well when hitting the ball to left. That .402 ISO on Swisher is just insane. Most of it came from the right side of the plate, of course, where he posted a .493 ISO in 67 AB.

Yet Swisher couldn’t match A-Rod’s overall production while hitting to left. A-Rod hit 22 more balls to left field than Swisher, which accounted for much of the difference in their linear weights numbers. Derek Jeter and Robinson Cano also added more than 40 BaseRuns, both because they hit the ball in that direction so often. It might seem odd to see Jeter on the list, but pitchers aren’t going to feed him outside pitches all day. He has to do something with those inside ones if he’s going to succeed, and he did that well in 2009. 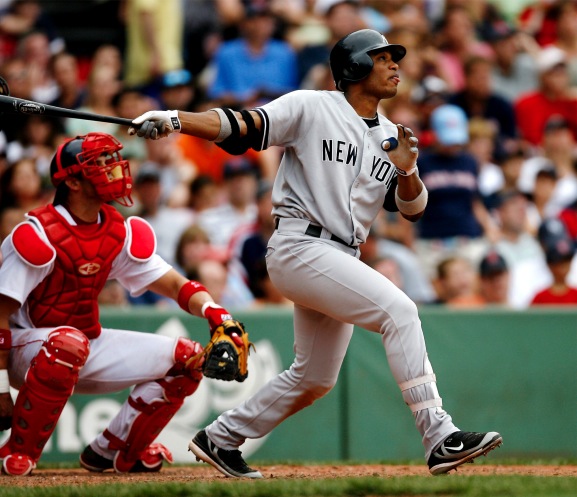 It makes sense that team power isn’t as high to center field. It’s the deepest part of the park, and some fields have ridiculously long fences. Still, the Yankees hit well for average that way, led by Brett Gardner. He was at his best hitting to center. In fact, he didn’t hit over .300 to either of the corners, but was up at .425 to center. A-Rod came close at .405, and Jeter hit .398.

Power-wise it was A-Rod with a decent amount of space between him and the second best slugger to center, Nick Swisher. A-Rod hit a ridiculous nine home runs to center field, which is even more remarkable because, again, he missed the first month of the season. Swisher showed good power to center, though his average dropped off markedly. Still, five homers and 10 doubles on 105 balls in play (plus homers) is damn fine production.

People call Robinson Cano a pure hitter. If being a pure hitter means taking the ball back up the middle, then Cano fit the definition. His .373 AVG ranked fourth on the team, and his .151 ISO ranked fifth. But, as with A-Rod to left, Cano benefitted by putting so many balls in play to center field. Derek Jeter put in play the next most, with 198, but after them it was a long way to No. 3, Mark Teixeira with 168.

Before assembling the list, I expected to see Johnny Damon’s name atop the average mark and Mark Teixeira with the best power numbers. I didn’t realize that Jorge Posada hits the ball to right like Nick Swisher hits it to left. That .473 ISo is the best mark of any Yankee to any field. Jorge also tied for the top batting average to any field. Best of all, he did it from both sides of the plate, hitting .427 from the left side and .423 from the right, with a .539 ISO from the left side and .231 from the right.

Of Damon’s 24 home runs, 23 sailed over a right field wall, and the majority of those came at Yankee Stadium. Yet he had only the fourth highest ISO on the team, as Hideki Matsui ranked second at .461 and Mark Teixeira ranked third at .459. Damon, at .450, added the most overall because he really tailored his swing to the short porch, putting 220 balls in play to right field. Swisher also finished well here, with a .377 ISO mark. The lowest non-Gardner ISO: Alex Rodriguez, with .233. I think we’ll see that increase a little bit this season.

In case you’re interested, here’s the whole spreadsheet. You know. For the nerds among us.