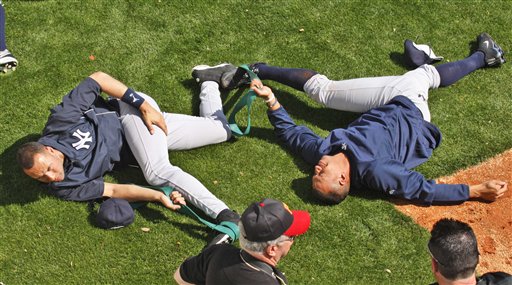 Apparently Derek Jeter and Alex Rodriguez are buddies again. Sure, they had a fine working relationship before, smiling on the field and being amiable towards each other off it, but deep down the Captain always held a bit of a grudge ever since A-Rod trashed him in Esquire nearly a decade ago. Well, apparently it’s all hugs and handpounds between the two now, because they commuted to work together yesterday. Yep, they carpooled. If that doesn’t signify the end of Jeter’s long-standing grudge, then I don’t know what does.

Anyway, here’s your open thread for the night. The Isles are the only local team in action, so go ahead and talk about whatever you want.