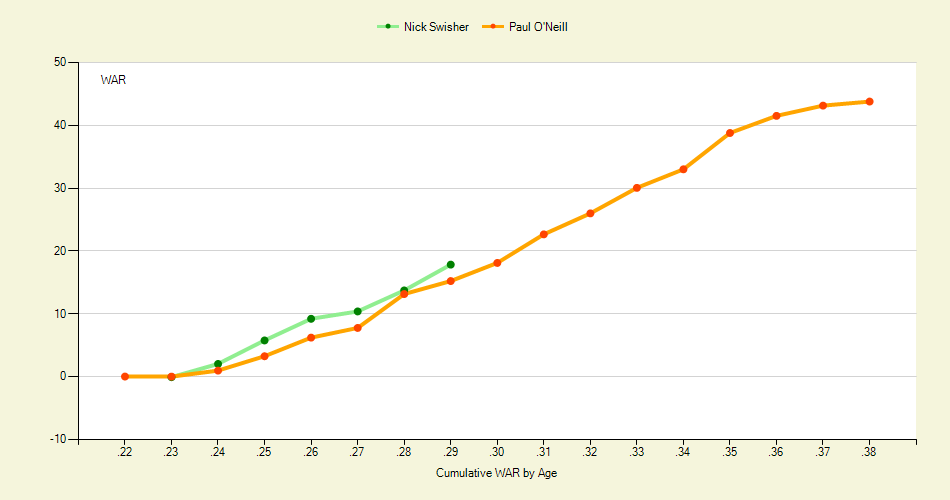 One thing to remember when looking at the graph, O’Neill didn’t really hit his stride until he joined the Yankees (at age 30) and got a bit of a boost from the short rightfield porch. Paulie had just one season better than 3.0 WAR through age 29 while Swish has exceeded that level four times in his six full seasons. There’s no denying that Swisher was a better player than O’Neill through that age, but I suspect the second half of his career won’t be nearly as good. O’Neill was simply a much better pure hitter in terms of making hard contact. That’s not to say Swish will fall off a cliff, I just don’t expect him to be as productive into his mid-to-late 30’s as O’Neill was. Not many are.