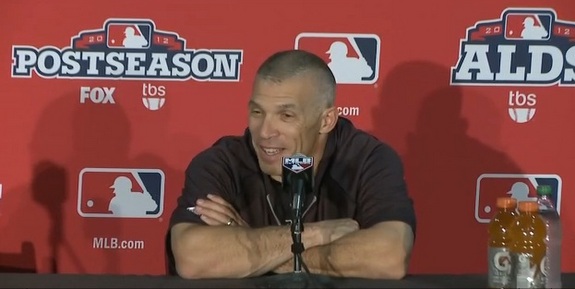 Joe Girardi held his ALDS Workout Day press conference — which was broadcast live on MLB.com — this afternoon at Camden Yards. There were a lot of general questions about playing the Orioles and all that stuff, but here are the newsworthy items…

Key to Game One: Keeping Adam Jones in check
Update: Hammel and Chen to start first two games for Orioles