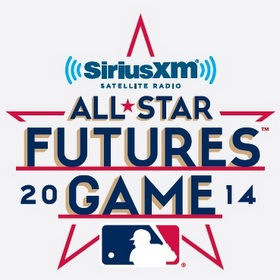 The Yankees don’t wrap up the traditional first half with the series finale against the Orioles until later tonight, so this afternoon we can all focus on the 2014 Futures Game in Target Field. Usually the Futures Game conflicts with the Yankees. This is sorta nice.

For the first time since 2010 (Austin Romine and Hector Noesi), the Yankees had two farmhands selected for the Futures Game this year. RHP Luis Severino is on the World Team roster while C/1B Peter O’Brien will suit up for Team USA. Neither is starting, but Severino is scheduled to pitch the fourth inning and O’Brien will definitely get into the game at some point. Everyone plays, even if it’s only one at-bat.

Team USA has won the last four Futures Games and they lead the all-time series 9-6. A total of 115 players have appeared in both a Futures Game and an MLB All-Star Game at some point, plus 22 players from last year’s Futures Game have already gone on to play in the big leagues. I would be surprised if O’Brien and especially Severino make it MLB within the next 12 months, however. The full rosters can be seen right here. Here are the starting lineups.

It’s nice and sunny in Minneapolis with no rain in the forecast. Wonderful day for baseball. First pitch is scheduled for 5pm ET and you’ll be able to watch live on MLB Network or via the live stream below. Enjoy the game.

Michael Pineda throws 25-pitch bullpen session, remains in one piece
Game 94: End of the First Half