Won the game and swept the series. After falling behind 3-0, the Yankee bats scored 11 unanswered points to take this one Wednesday afternoon. Luis Severino wasn’t his usual self so, of course, the bullpen and the lineup picked him up. Wouldn’t it be neat if New York played Minnesota all the time? Anyways, it was a matinee game so let’s do it bullet-point style. 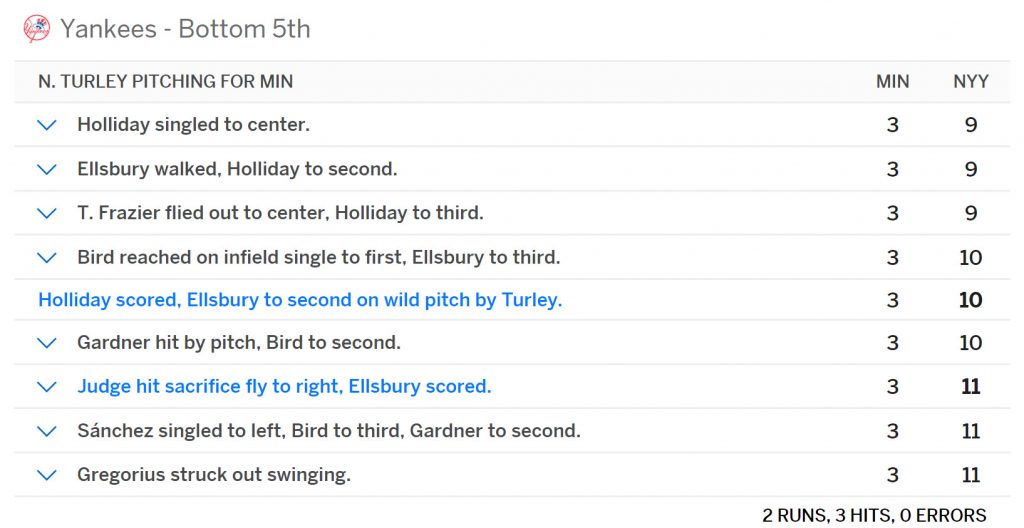 Here are today’s box score and updated standings from ESPN, video highlights from MLB.com and WPA chart from Fangraphs. The Yankees have a break tomorrow and will head up north to face the Blue Jays for the final road trip of the regular season. Masahiro Tanaka is penciled in to start against Marco Estrada for the Friday series opener.