Now that the non-law school students among us are gambling away our advertising revenue settling in to Sin City, let’s set the stage.

Right now, we’re not sure what’s going to come of our heading to Vegas except wall-to-wall coverage of the Winter Meetings and a whole of standing around, according to this guy. Mike and Joe will be at Greg Maddux’s retirement announcement tomorrow; they’ll sit in on Brian Cashman’s media moment; and they’ll get the lay of the land.

To keep up to date with RAB during the week, we can offer you a few choice ways of staying in touch. First and foremost, keep checking back here. We’ll have updates as soon as we can on site. For up-to-the-moment Twitter updates, you can follow RAB on the social networking service. Joe will be updating via Blackberry as he can. You should join us on Facebook too. We also have a RAB Yahoo! Groups page for rapid-fire e-mail updates, but we’re not totally sure what’s going on with that yet.

Anyway, that’s that for staying in touch. Now, on to the good stuff: rumors, rumors rumors.

So we’re here, we’re registered, and we’ve feasted on the Bellagio buffet (couldn’t have asked for much more; we had a hard time walking back to our hotel). So while we digest, here are some pictures from the early goings. 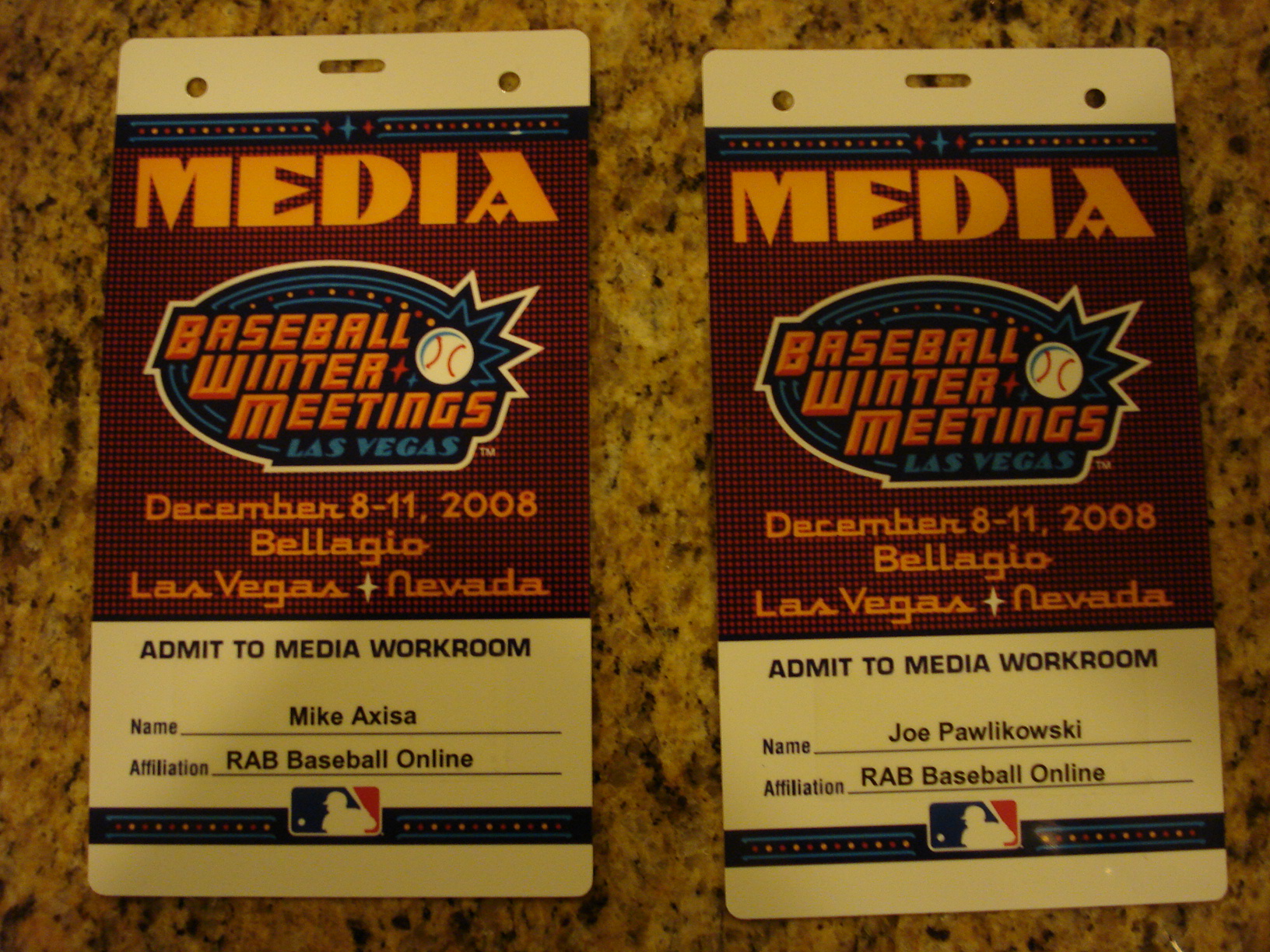 Yep, that’s us. For some reason, I had this nagging fear that something would have gotten screwed up and we wouldn’t have gotten these. 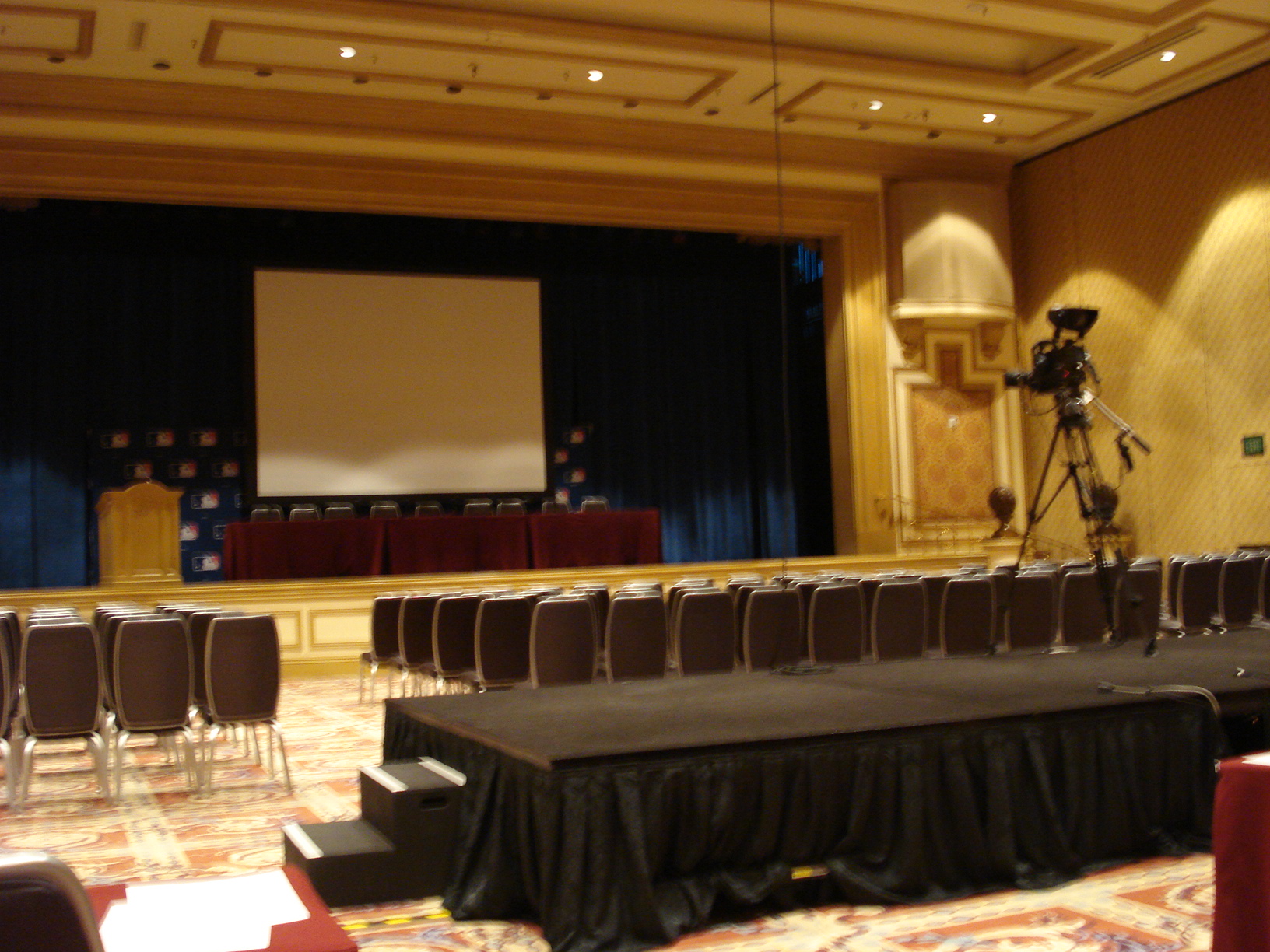 The press room. We’re 90 percent certain Jerry Crasnick of ESPN was in there. On our way out, we 100 percent saw Gene Monahan, who was there for the trainers conference.

NERDS!!!!! Seriously, this is one comprehensive stat package. No wOBA, though. 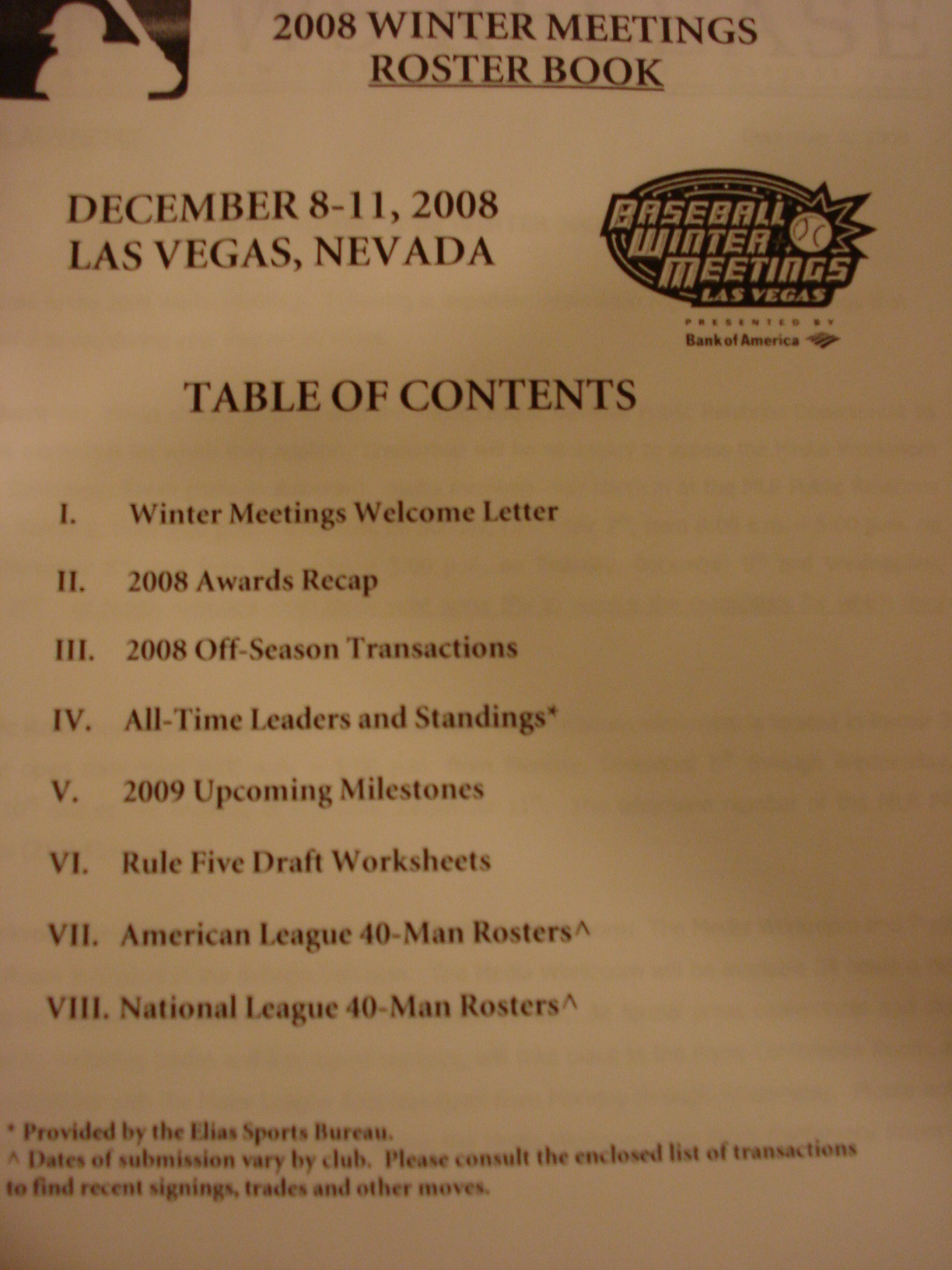 This is the TOC of the cool binder they gave us. Disappointingly, the Rule 5 worksheet lists all teams, not just team which have picks.

This is probably all we’ve got for tonight. Everyone’s getting here and getting settled in, and even then a lot of people are flying in tomorrow morning. Mike and I will have a drink for each of you.

The Greg Maddux press conference is at 11:30 tomorrow, so we’ll be there for that, as will most everyone there I assume. Girardi’s availability is on Tuesday, and we’ll probably pop in for Torre’s on Wednesday.

And we were on the same plane as Brian Cashman. At least I think we were, why else would he would be waiting for his bag at the same baggage claim as us?

Oh yeah, this is cool.