The Yanks hold a $20 million option or a $5 million buy-out on Jason Giambi’s contract. While the team will, in all likelihood, not exercise that option, Giambi says he would like to return to the Yanks. I’m on the fence here. The Yanks need the 134 OPS+ Giambi brings to the table, and he’s certainly a much better option than Hideki Matsui at this point. But they need a better first baseman, and the team really needs to get younger. For the right price, I’d bring him back but not at the expense of any other potential moves to improve the team.

Posted by mobile phone:
How’s this for a little Saturday morning reading? According to Ken Rosenthal, Jason Giambi is playing himself toward a free agent bidding war. With Giambi’s putting up excellent on-base and power numbers this year, Rosenthal sees the Indians, Mariners, Blue Jays and A’s as potential suitors for Giambi.

There is, of course, a catch – a five-million-dollar catch. The Yanks hold a $22 million option on Giambi’s contract but have to pay him a $5 million buyout if they don’t exercise that option. If Giambi’s services are truly in demand, the Yanks will have to decide if they want to pay Giambi five million to play for a potential competitor. Right now, it’s tough to say if Rosenthal is just speculating on Giambi’s future or if he has a sense of what the Indians and others are thinking.

I don’t believe the Yanks will be tempted to exercise their option, and Rosenthal agrees. But the Yanks are going to face a tough decision on Jason no matter how this season plays out. He’s old; he’s not in the best of health. But he can still launch the ball, and his batting eye remains among the game’s best. What to do, what to do.

So we’ve got a game at 10 p.m. on a Friday night. Let’s while away the hours debating the 2009 Yankees. And as an added bonus, we’ve even got a rare RAB poll.

When the season draws to a close in a few months and the Yanks’ Front Office begins the process of reconstructing a roster for 2009, the folks in Baseball Ops will have a few decisions to make. Two of the tougher choices facing the Yanks this year will come internally and involve two of their more productive but older players: Bobby Abreu and Jason Giambi.

In one corner, we have Abreu, the Yanks’ right fielder. On the season, Abreu is hitting .291/.363/.474 with 15 home runs and a team-leading 76 RBIs. While still good, his triple-slash numbers are well off from his career norms of .300/.400/.500, and at 34, Abreu is definitely past his offensive prime. In the outfield, his defense is merely okay. He has a stellar arm, but throwing accuracy has always been an issue for him. He isn’t the quickest guy in right, and his range has never been a plus baseball trait.

For the Yanks, Abreu represents a dilemma. Bobby wants to stick around, and he would be a good guy for the Yanks’ outfield. There is, however, a but. Right now, the Yanks are waiting for Austin Jackson to land in the Bronx. With an ETA of 2010, the Yanks don’t really need to sign an aging and declining player like Abreu to a deal longer than one or two years. Abreu will probably want a three- or four-year deal monetarily in line with what Hideki Matsui and Johnny Damon have.

Meanwhile, the Yanks should have a glut of outfielders next year. For better or worse, Melky will probably still be around; Damon and Matsui — who should be healthy — are under contract; and Xavier Nady will play a role on the 2009 Yankees as well. Does Bobby Abreu fit in or do the Yanks say, “Thanks, but we’d rather have the draft picks”?

In the other corner, we have Jason Giambi. His situation is a bit more delicate. Similar to Abreu, Giambi has expressed a desire to stay in New York, and the Yankees are holding a $20-million option or a $5-million buyout on the Giambino’s deal. On the season, Jason is hitting .256/.391/.518 with 22 HR and 65 RBI. He seems to run hot and cold, and while he had a great series in Texas, he had been scuffling of late.

The Giambi decision is a bit more nuanced than the Abreu situation. First up is the option that the Yanks won’t pick up. If the Yanks cut Giambi and he signs somewhere else, the team will have, in effect, paid him $5 million to play against them, and the Yanks have never been too keen on that approach. Next up is age. Giambi, while healthy this year, will play his age 38 season in 2009 and doesn’t figure to be around for too long. The Yanks need to get younger, and they need a first baseman. Mark Teixeira looks awfully appealing.

So what do you do with Jason Giambi? Should the Yanks pay him to play elsewhere? Should they re-sign him to split time at first base and DH again? While Chuck Johnson recently penned a piece for the YES Network’s site calling for the Yanks to dump Giambi, I don’t think there’s an obvious answer to this one. It’s far, far easier to make the case against Abreu than it is to advocate for or against Giambi.

As always with these open threads, play nice in the comments and vote in the poll below. At this point, I’m voting for Jason Giambi but not Abreu. Number 53 still has a chance to change my mind though.

Which potential free agents should the Yanks try to re-sign for 2009 and beyond?

The American Mustache Institute has instituted a day of mourning for Jason Giambi’s ‘stache. Sadly for AMI, Jason Giambi, on his first day sans the ‘stache, went 3 for 4 with a home run and two RBIs. He had been struggling of late, and while AMI hopes to see a monument for the mustache pop up in Monument Park, I doubt Giambi will bring it back any time soon if his hot hitting continues.

Your mission tonight: comment on the following picture. We can do captions, comments, what have you. Tommiesmithjohncarlos, I’m expecting a lot from you. 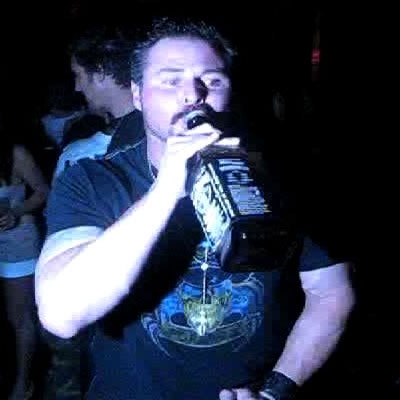 These guys want you to vote for Jason Giambi, and Giambi said he would participate in the Home Run Derby only if elected to the All Star team. Plus, there’s that whole .930 OPS thing going on which is a full .021 higher than the starting first baseman’s. So point your browser here and do your civic duty. Much like the Chicogoans did in the 1960s, you can vote as many times as you’d like.