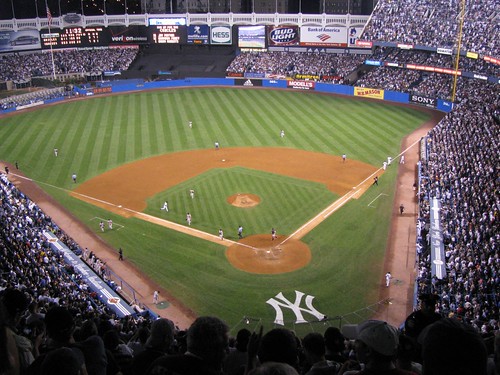 Eight innings down; one to go. (All photos by Benjamin Kabak. All links in the post go to flickr.)

It wasn’t just another night in the ballpark with my dad. It was the end of an era, and the Stadium went out in style.

I didn’t expect to find myself at the final game at Yankee Stadium. My family didn’t get tickets earlier this year, and as the season wore on and it seemed more and more likely that Sunday’s game would be the last of the year, we were resigned to saying our good bye’s sooner. But when this week rolled around, I lobbied my family to get tickets. After all the years, we’ve spent going to games — my dad went to his first game in 1958 and my sister and I were both three when we attended our first Yankee games — how could we miss this last one?

We couldn’t get four seats together, and instead, my dad and I ended up sitting in Tier Reserve 4, Row M, Seats 3 and 4 while my mom and sister sat in the Tier Boxes beyond first base. The view from the tier, with the field stretching out below, was as good as it always is.

My dad and I arrived at Yankee Stadium shortly after 4 p.m. with the goal of watching Yankee batting practice. We had enough time to walk up 161th St. where on one side we saw a new stadium trying hard to be Yankee Stadium and an old station offering up its thanks. A Baseball Cathedral, one building often referred to on Sunday as the “best venue in sports,” stood facing its reluctant future.

Back inside the stadium, the crowd for Monument Park snaked up the left field ramp all the way to the Tier level and back a good ten or fifteen sections. The fans were there to pay their last respects.

As the pre-game warmups went on, we saw the old Yankee guard make its appearance. David Wells took pictures of the crowd, and reporters clustered around Paul O’Neill. Reggie talked to Rudy, and Bob Sheppard, prerecorded just a few days ago, welcomed the crowd one final time. The Yanks wouldn’t have it any other way. 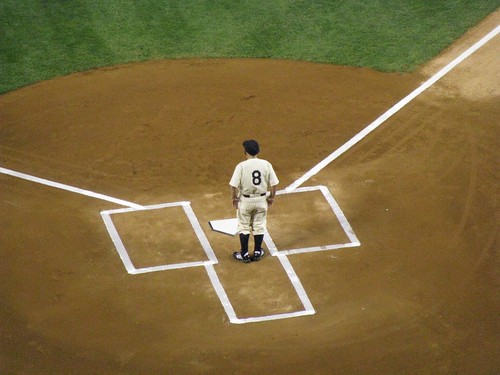 With the Countdown Clock set at one, the Yanks unveiled their very first league champion pennant before trotting out the regular Old Timers. The dugout, needless to say, was quite crowded, but it quickly emptied out. We saw everyone from Cora Rizzuto to Scott Bro. Jorge, in uniform, wistfully reminded us of the season’s lost opportunities.

Yogi provided the crowd with an iconic image, and Bobby Murcer earned the love of the crowd. The start of the night was a more recent Yankee. When Number 51 trotted out to his familiar spot, the crowd roared, “Ber-nie! Ber-nie! Ber-nie!” He was back.

Prior to the start of the game, I witnessed what was the best commentary on the night. A fan with a giant wooden saw attempted to abscond with a large chunk of the stadium. Luckily, security didn’t stop him, and the saw proved rather ineffectual. It made for some great laughs. Behind us, some fans had put up a sign honoring the stadium.

The game progressed apace with Andy Pettitte throwing a ball for the last first pitch. We saw the B win the last Great Subway Race while the D took home the season crown. The countdown clock never hit zero and instead landed on forever because, as Michael Kay explained, there will forever be a Yankee Stadium.

After the Yankees announced a total stadium attendance of 151,959,005, the grounds crew forced the Y.M.C.A. on us yet again. Following one of the youngest Yankees, though, came the oldest: Bob Sheppard read a poem about the Stadium to the crowd. He was as much a star of the night as anyone else, and considering that Bob Sheppard is synonymous with Yankee Stadium, it was a fitting tribute to both the man and the building. 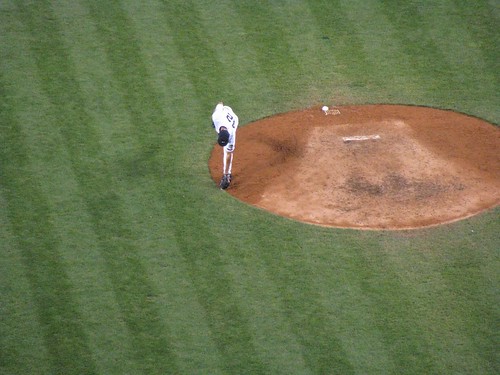 As the stadium crew ensured the team could sell numerous game-used bases, the hour grew late. Strands of Metallica filled the air, and in jogged Mariano Rivera one more time to throw three more outs. By 11:43, it was all over, and the Yanks were hugging on the field.

The ceremony didn’t end there. With the team around him, Derek Jeter, the last Yankee to bat at Yankee Stadium, addressed the crowd, and the team set off on its valedictory lap. As the witching hour came and went, the Yanks even ensured a familiar name would make an appearance. A recording of Eddie Layton playing “Good Night, Sweetheart” filled the air. No one could tickle those ivories quite like Eddie.

The Babe said good night as we waved our tearful farewells to the stadium. And while we joked about taking everything under the sun on the way down stairs, it was tough to walk through that turnstile. I could feel the stadium pulling me back in. “Don’t go,” it was saying. “I’m 85, and you’re all forgetting about me.” Now, all I have are the photos, the countless memories and a refrigerator magnet. 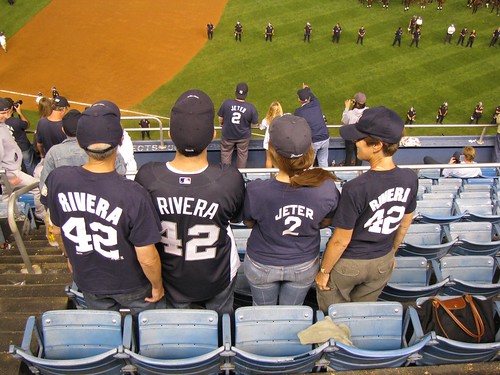 Pondering the field, one final time. 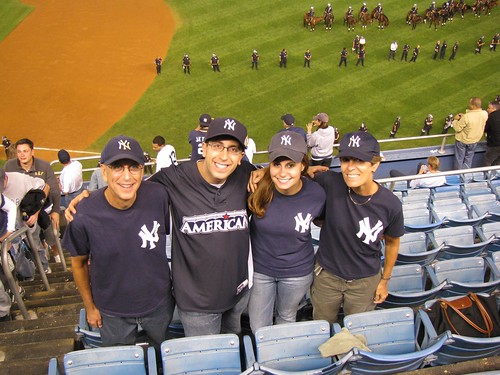