River Ave. Blues » Stadium hits: Politics, rent and rocks from a Sox fan
Crazy little thing called Melky
The Final Game as seen through the eyes of a fan 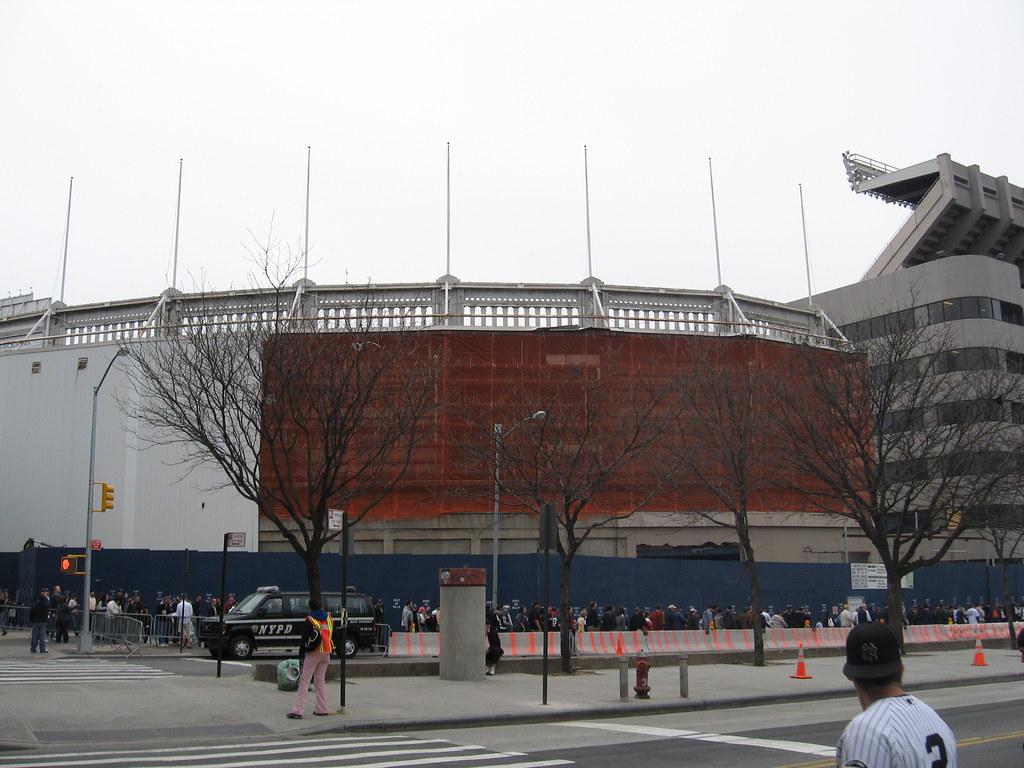 Old Yankee Stadium is looking a little naked in the rear these days. (Photo by Benjamin Kabak)

The Yankees are heading up to Boston for their first trip to Fenway Park this weekend. Thursday is an off-day, and while there’s no game for the Yanks, we have a lot of content today. So stick around, jump into a comment thread if you haven’t before and take our reader survey.

We start things off today with a bunch of stories about Yankee Stadiums, new and old. Most of these are following up on long-running stories I’ve covered in the past.

Times are tight for New York City, and the powers-that-be aren’t going to let their tenants off easy. As has happened on what seems like a quarterly basis these days, City Comptroller and mayoral hopeful William C. Thompson has determined that the Yankees owe the city around $67,000 in rent. An audit by Thompson’s office revealed that the Yankees improperly claimed a slew of maintenance credits last spring on the old home. The team plans to repay the amount, pending approval of other credits by Thompson’s office.

The Yankees and Richard Brodsky are at it again. The ongoing dispute over stadium financing and construction costs between the Yanks and the Westchester Assembly rep may be heading to court. Brodsky has subpoenaed a series of documents involving ticket price at the new stadium and the granting of luxury suites to certain New York politicos. The Yankees have objected to the subpoena and now must persuade a judge why these documents should be kept public. The AP has more on the story, and I don’t see this as a fight the Yanks can win.

Sandomir: Yanks should bring in seat-fillers

In a rather tongue-in-cheek look at the Yanks’ empty seat conundrum, Richard Sandomir of The Times offers up an easy solution: seat fillers. If the team knows seats are going to be empty, just bring some folks down from the upper deck for a premium experience. From a PR point of view, it sure would look better than a half-empty seating bowl.

Finally, we get to the granite. In a rather amusing bit of reporting, the AP uncovered the fact that a granite quarry owned by a Red Sox fan supplied the rocks that make up much of the new paths around the stadium. I guess that makes up for the David Ortiz jersey, right?