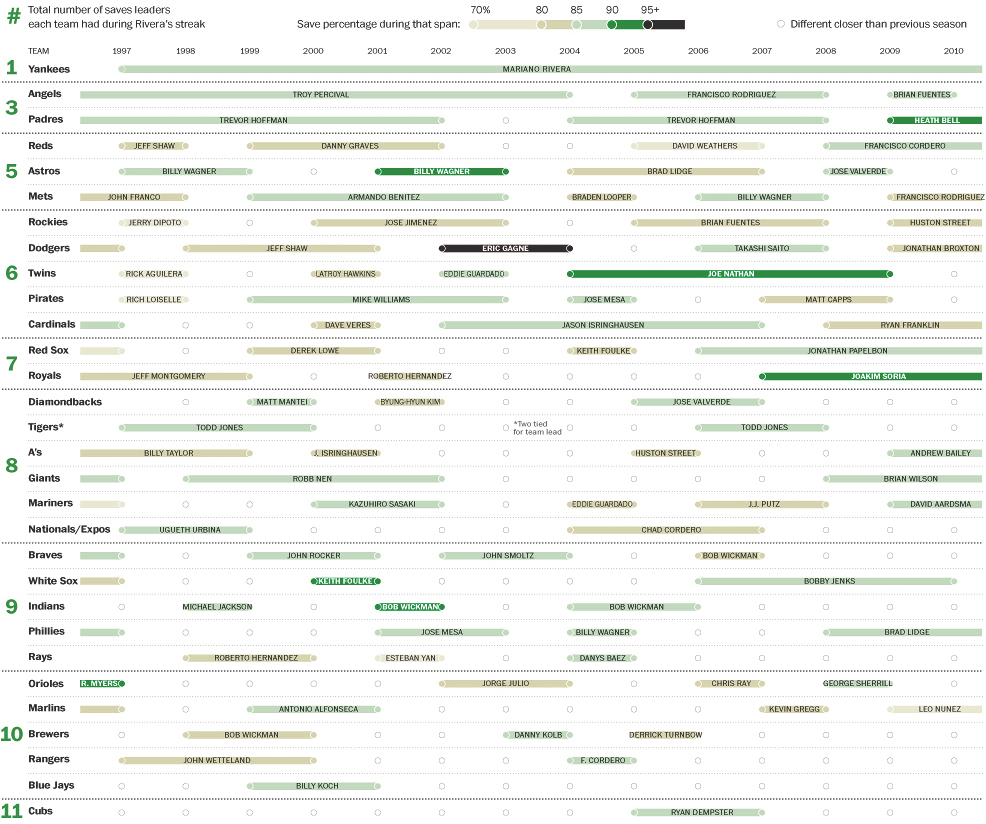 That’s tough to see, so I highly recommend clicking on the image to open a larger view. It shows the number of closers that each team has used during the Mariano Rivera era, which spans from 1997 to present (so 13 full seasons going on 14). Only two other clubs have used fewer than five closers in that time, and that’s the Angels (Troy Percival, Francisco Rodriguez, Brian Fuentes) and Padres (Trevor Hoffman, Rod Beck the year Hoffman was hurt, and Heath Bell) with three. The Cubs have managed to use eleven closers in the last 13 years, with the only repeater being Ryan Dempster. As if you needed more proof, Mo is awesome. (h/t Gleeman)

Once you’re done marveling at that, use this as your open thread. The Red Sox and Astros still have a Grapefruit League game to play tonight (on MLB Network), though all five hockey and basketball locals are in action as well, some against each other. Oh, and CC Sabathia will be on Letterman tonight, I mean it this time. Have at it.