Late last night we acquired copies of New York Yankee General Manager Brian Cashman’s private and confidential 2011-’12 offseason plan. The content of these highly-sensitive documents have never made public before now. Many Bothans died to bring us this information. 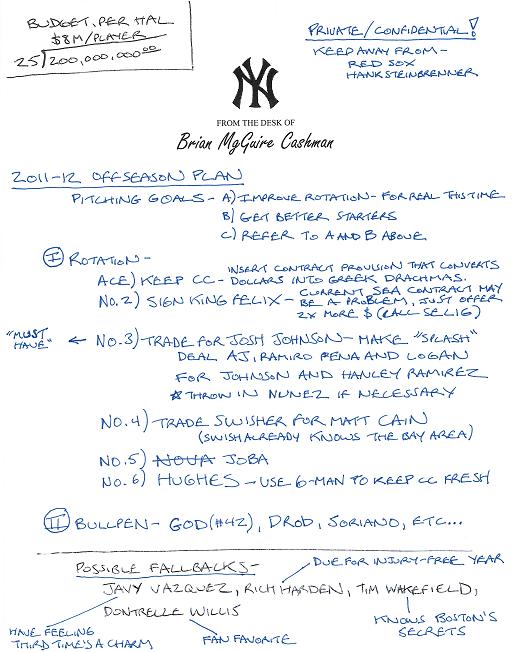 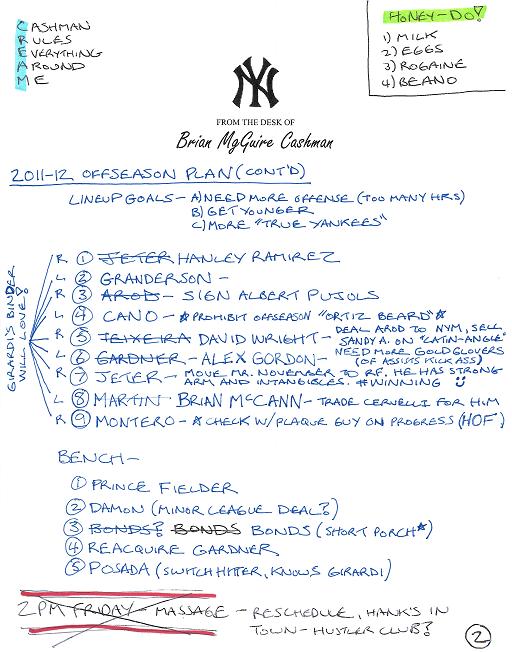 As you can plainly see, Cashman has a solid plan in place, and if he’s successful in its execution, the Yankees seem likely to win at least 145 games in 2012. In fairness, I don’t give this blueprint better than a 25% chance of happening, but if confirmation was ever needed on just how wily Cashman is, mission accomplished. He can plan my castle onslaught any day.

When the Babe was a postseason failure
Prospect Profile: George Kontos