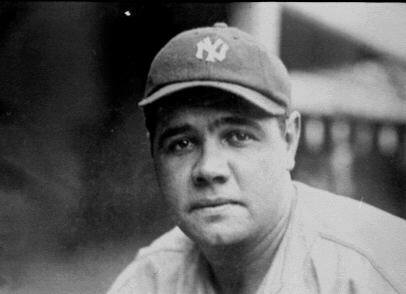 For George Herman Ruth’s legend, the last few years have been trying ones. He lost his curse in 2004, and then he lost his home after the 2008 season. Even though few baseball fans alive today can remember watching Ruth play, he still looms large over baseball history, and his larger-than-life persona looms large over the game today.

Sitting here in 2010 when players routinely smack 40 or 50 home runs a year, it’s hard to appreciate what Ruth meant and did for the game in the 1920s. His stats, even today, are incredible. He hit .342/.474/.690. Only one player has trumped his career on-base percentage, and his career slugging record outpaces the field by nearly .060 points. Albert Pujols, the top of hitter of the modern day, has slugged .628 so far, and the Babe is far, far away.

What makes Ruth stand out, though, aren’t the impressive career numbers; it’s just how far above his peers he towered. His career adjusted OPS+ was 207. When he hit 54 home runs in 1920, no other team as a whole had more than 50. The list of accomplishments just goes on and on and on. Ruth redefined baseball. He became a superstar and an icon of the game in an era of small ball.

Ruth’s 1920 season — his .376/.533/.849 year with 54 home runs — couldn’t have come at a better time for the game. As the year unfolded, the 1919 White Sox were investigated for fixing the World Series, and the fallout rocked the baseball world. The following year’s trial was just as damaging but along came Ruth. For those two years, he single-handed wowed the baseball world, and few have approached what he’s done. Mark McGwire and Sammy Sosa may have helped drive fans back to baseball after the 1994 strike, but Ruth invented that game while driving a scandal from the headlines. A quick glance at The Times’ archives highlights the Ruthian love, and it’s clear how he acquired his sultanship over the land of Swat.

Beyond the hitting, though, was Ruth’s pitching. Today, we forget about Babe Ruth the left-handed pitcher, but he was a top pitcher too. From 1915-1918, he served the Red Sox primarily as a starter and went 78-40 with a 2.05 ERA. His strike out and walk rates were not impressive, but he served up 0.1 home runs per 9 innings pitched. That’s an inconceivably low number today. Even the great Mariano, the active leader in that category, has allowed 0.495 home runs per 9 IP.

And so today, we salute the Babe. One hundred fifteen years ago, George was born in Baltimore, Maryland. He was the best, the Great Bambino, the Sultan of Swat.

A few weeks ago, Ross at New Stadium Insider wondered why bloggers never pursue original stories. It’s a great thought, and one that we’ve been bouncing around at RAB for a while now. While we’re bouncing, Ross is out doing. He spoke with Linda Ruth Tosetti, Babe Ruth’s granddaughter, about her family’s treatment by the Yankees leading up to the opening of the new Stadium. Her family hasn’t been much involved since the new Stadium groundbreaking ceremony, in which the team declared that it’s time to “say goodbye to the House That Ruth Built and hello to the House that George Steinbrenner Built.” Ross does a great job framing the story, and asks a crucial question about a third of the way through: “After all, how far down the lineage of the great Babe Ruth should the Yankees cater to their every request?” Definitely a quality pre-game read.

Should the Babe’s number be retired throughout baseball? That’s the cause Ruth’s granddaughter, Linda Ruth Tosetti, has been pushing for a while. This weekend, Rick Maese sat down and grilled Tosetti on the issue. In short, she feels that the Babe’s feel-good popularity saved baseball after the 1919 Black Sox scandal, and for that, his number should be retired throughout the game. While MLB is not on board with the issue, Tosetti continues to maintain an active website dedicated to the cause, and she plans to push her ideas hard during 2008, the 60th anniversary of Ruth’s death.