In the battle of the opener vs. opener strategy, the Yankees came out victorious in the first game of the series at the Trop. They not only won the game, but also the magic number for clinching the top Wild Card spot is down to four, and they knocked the Rays out of the playoff race. We will be watching the A’s vs. Mariners score, but for tonight, the Yankees did what they could control: win a ballgame.

The Yankees got on board against the second Rays pitcher Hunter Wood. With one out in the third, Andrew McCutchen got a fastball right down the middle and crushed it over the left field fence. Wood had fed him nothing but a steady diet of fastballs and he got a perfect mistake pitch. 1-0 Yankees. 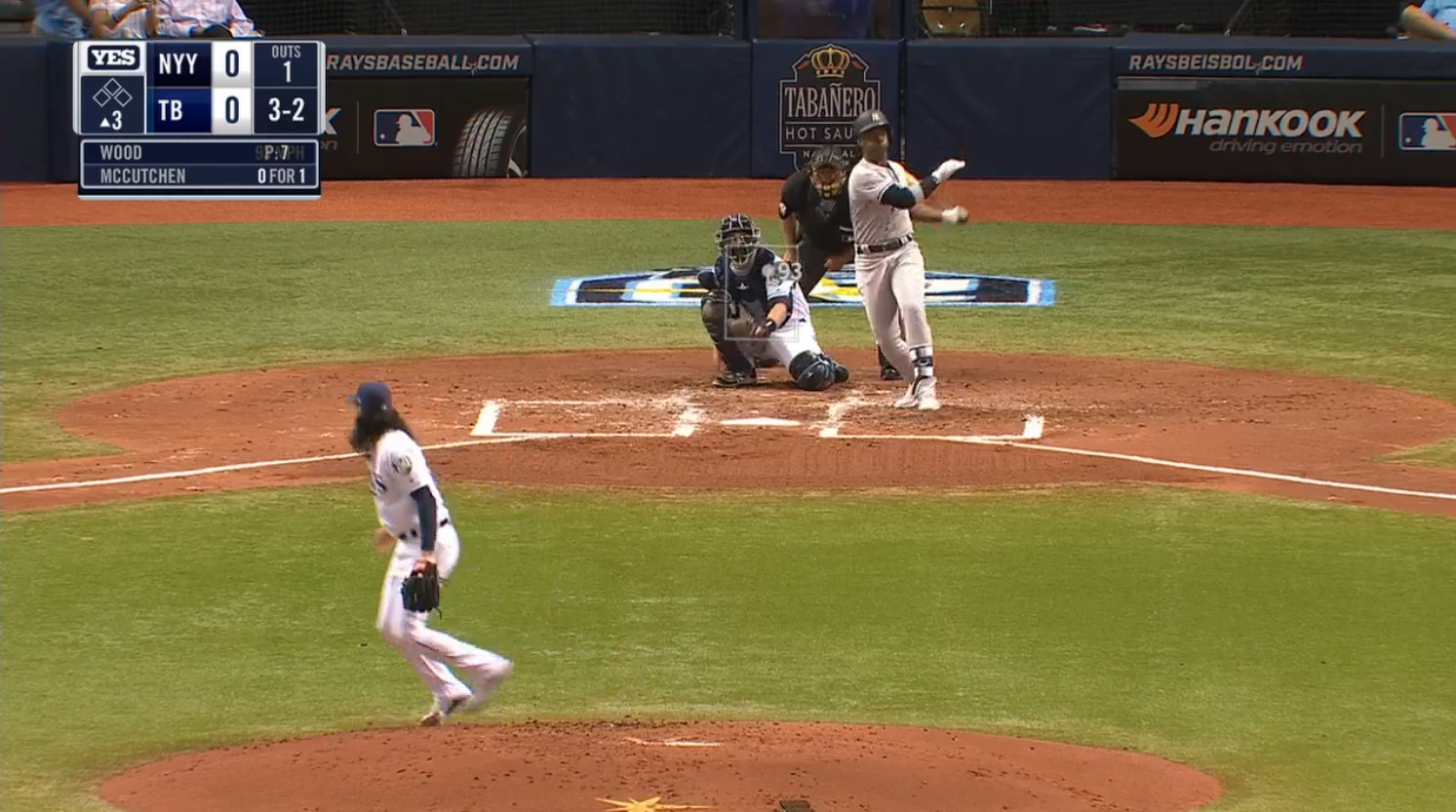 93 up in the zone. Big league hitters can crush that.

Heading into the bottom of the fourth, the Yankees lifted Aaron Hicks for Brett Gardner in center field. Uh oh. The Yankees have Didi Gregorius out (for now) with an injury and, because we are nearing the postseason, any sign of injury is a much bigger deal than usual. It turned out that Hicks has a tight left hamstring, so let’s hope it’s precautionary.

In a better news, Gardner was involved in a two-run rally in the fifth. With two outs, Aaron Judge worked a walk and advanced to second on a wild pitch. Gardner got a hold of Ryan Yarbrough sinker low in the zone for an RBI single to make it 2-0 Yanks. Giancarlo Stanton followed it up with a double to deep left, scoring Gardner from first to make it a two-run lead. Stanton did get thrown out at third trying to stretch it into a triple, but the damage was done.

The Bombers added another against Yarbrough in the seventh. With one out, McCutchen and Judge hit back-to-back doubles to put another one on board. This has been repeated in the website, but adding McCutchen has been such a good move for the lineup. We’ve known his pedigree of being a good hitter with the Pirates, but at the leadoff spot, McCutchen has seen tons of pitches. Tonight alone, he saw 34 of them in 5 plate appearances (6.8 pitches per PA), which is insane. Add his ability to see pitches with, well, Aaron Judge, who seems to be in full-count in any given at bat. The Yankees will hope that those two will be catalysts in elevating pitch counts in the postseason.

The Yankees used 8 pitchers total tonight, which, I guess, was expected using the opener strategy. Here is the list:

Here are some notes:

The series at Trop continues tomorrow at 7:10 pm EST. Luis Severino will be on the mound for the Yankees against Jake Faria.