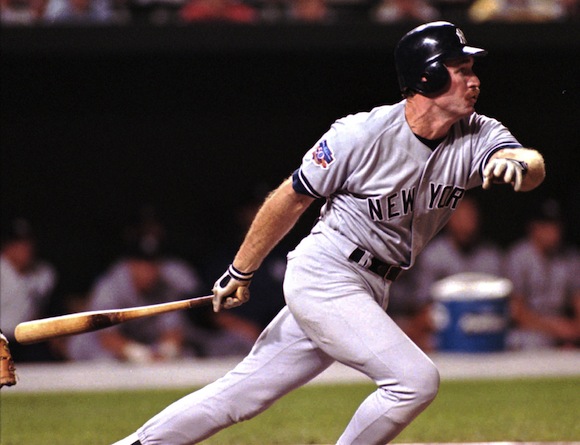 Wade Boggs knocks out a base hit against the Orioles in Sept. 1997. (AP Photo/Roberto Borea)

These days, the Yankees don’t struggle to attract top talent. With playoff appearances in 13 of the last 14 seasons and five World Series titles out of their last seven Fall Classic appearances, the Yankees have become one of the top destinations for marquee players looking for a shot at October glory. Adding to the winning is the team’s willingness to spend, spend, spend.

It wasn’t always like this though. The Yankees have always been happy to dole out the dollars, but sometimes, even the dollars aren’t incentive enough. For a look at just when and why the Yankees couldn’t convince players to come to the Bronx and how it all ended, we flashback again to the winter of 1992/1993. A few weeks ago, I explored the Roberto Kelly/Paul O’Neill trade, and today, we look at the circumstances surrounding Wade Boggs’ arrival in the Bronx.

For Yankee fans of a certain age, the thought of Boggs in the Bronx was enough to churn the strongest of stomachs. Boggs was so deeply associated with the hated Red Sox that fans despised him. To make matters worse, he and Don Mattingly had a relationship about as warm as the one Derek Jeter and A-Rod share today.

After the 1992 season, Boggs was a free agent, and the Yankees needed a third baseman. They had recently lost Charlie Hayes in the expansion draft, and although Boggs had put up an anemic .259/.353/.358 line in Boston and had suffered through back spasms, the Tampa faction of the divisive Yankee Front Office had their eyes set on Boggs. Eventually, the team signed him to a three-year, $11 million deal — a contract Jack Curry called “curious” — but the circumstances of the deal reveal much about the way the Yankees used to operate.

The Yankees in 1992 were a team no one wanted to join. They had just finished their fourth straight losing season, and it was just the second time in franchise history and the first since 1912-1915 that the team had suffered through that much futility on the field. Behind the scenes, the Yankees had struggled with the suspension of George Steinbrenner and struggled with his return. The Boss and Joseph Molloy, a managing partner in Tampa, had wrested control of personnel moves from Gene Michael and Buck Showalter, and the strains of that fight over the team power was in full display. That winter, David Cone, Barry Bonds, Greg Maddux, Terry Steinbach and Doug Drabek all rejected the Yankes. The team had to outbid the Dodgers by one year and $5 million just to land Boggs. It was ugly indeed.

Yet, somehow, someway, it worked out for the Yankees. Boggs stuck around for five years and wasn’t terrible. He hit .313/.396/.407 with a 111 OPS+ while in the Bronx, and the image of his horse ride around the stadium in 1996 has come to represent October salvation for a group of Yankee lovers who were formative fans as the Yanks struggled for wins. A sign of the baseball split in the Yankee Front Office early on, Boggs became a symbol of the team’s new-found success by mid-decade.

These days, of course, the Yankees don’t have to bend and break to get the guys they want. They have resolved issues of decentralized baseball power that seem to crop up every ten years and have put a product on the field that 29 other teams envy and strive to beat. Boggs and O’Neill, two guys most analysts were already counting out before they played their first games in pinstripes, were the harbingers of this great new era in Yankee baseball. Who would have believed it then?