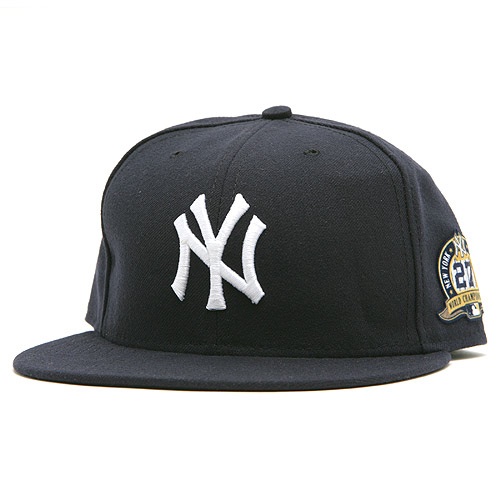 By now, I’m sure you’ve seen the Times piece on Yankee hats. In what seems to be a semi-regular article, Manny Fernandez notes that descriptions of suspected perps often include one particular item: “dozens of men and women who have robbed, beaten, stabbed and shot at their fellow New Yorkers have done so while wearing Yankees caps or clothing.”

He notes that it is “not surprising that Yankees attire is worn by both those who abide by the law and those who break it. The Yankees are one of the most famous franchises in sports, and their merchandise is widely available and hugely popular.” But now criminologists, fans and sports marketers are trying to figure out why. He posits that “some attributing the trend to the popularity of the caps among gangsta rappers and others wondering whether criminals are identifying with the team’s aura of money, power and success.”

Me? I think Yankee hats are popular because, well, millions of New Yorkers wear them. With record-setting attendance figures, a string of winning seasons, a World Series championship and high TV ratings, the Yanks have never been as popular as they are today, and people in New York — both those who are law-abiding and those are not — support the team. The Yankees have made the Yankee hat as famous as they can, and The Times is searching for trends where there are none to be found.

From the bench, pressing all the wrong buttons
Yanks to buy AAA affiliate, stay in Scranton