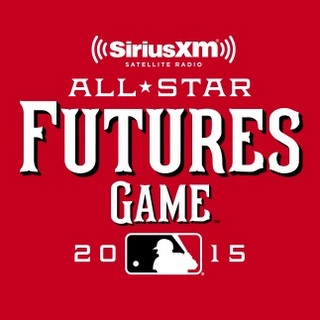 The Yankees are currently playing the final game of the first half against the Red Sox in Fenway Park (game thread), meanwhile, about 900 miles west, the 2015 Futures Game will be played this afternoon in Cincinnati. I wish they would play the Futures Game at night, in the 8pm ET ESPN slot, so it doesn’t have to compete against real MLB games each year. Tough to draw an audience this way.

Anyway, the Yankees have two prospects in the Futures Game this year and both are in the starting lineup. Outfielder Aaron Judge is at DH and will bat sixth for Team USA — too bad, his right field defense is underrated and we won’t get to see it today — while catcher Gary Sanchez is behind the plate and batting fifth for the World Team. I hope they go a combined 10-for-10 with ten homers. Here are the starting lineups:

The pitching orders and reserves can be found right here. There will be a new pitcher each inning and no, the game won’t go to extra innings if it is tied. They won’t extend any pitchers for the sake of an exhibition game.

Now, the bad news: the weather kinda sucks in Cincinnati today. It has been cloudy and overcast all day and there is rain in the forecast this afternoon. Hopefully the Futures Game isn’t delayed or outright canceled because of the weather. The game is scheduled to begin at 3pm ET and you can watch live on MLB Network and MLB.com. Enjoy the game.

Game 88: End of the First Half
Sunday Night Open Thread