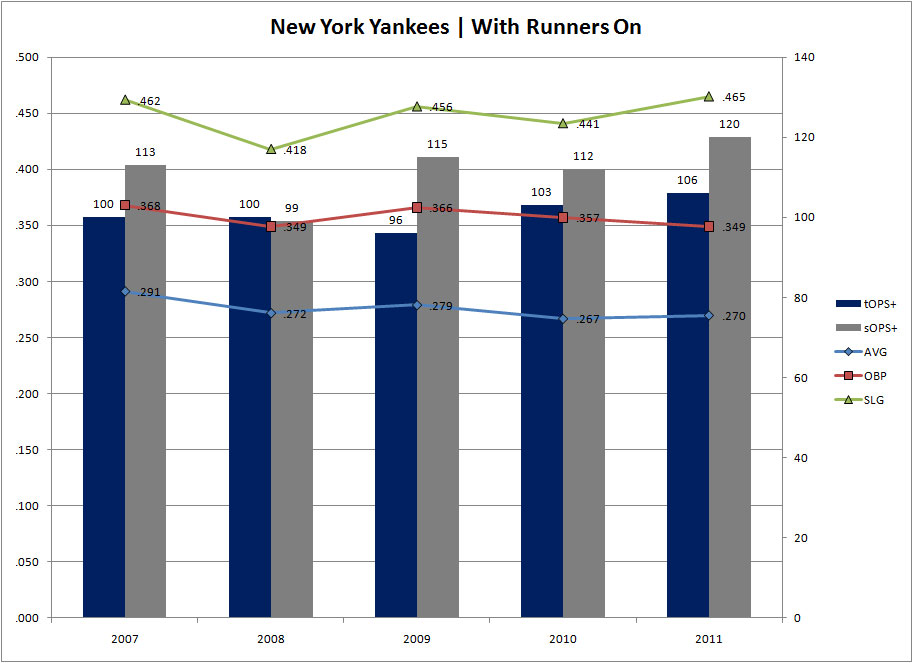 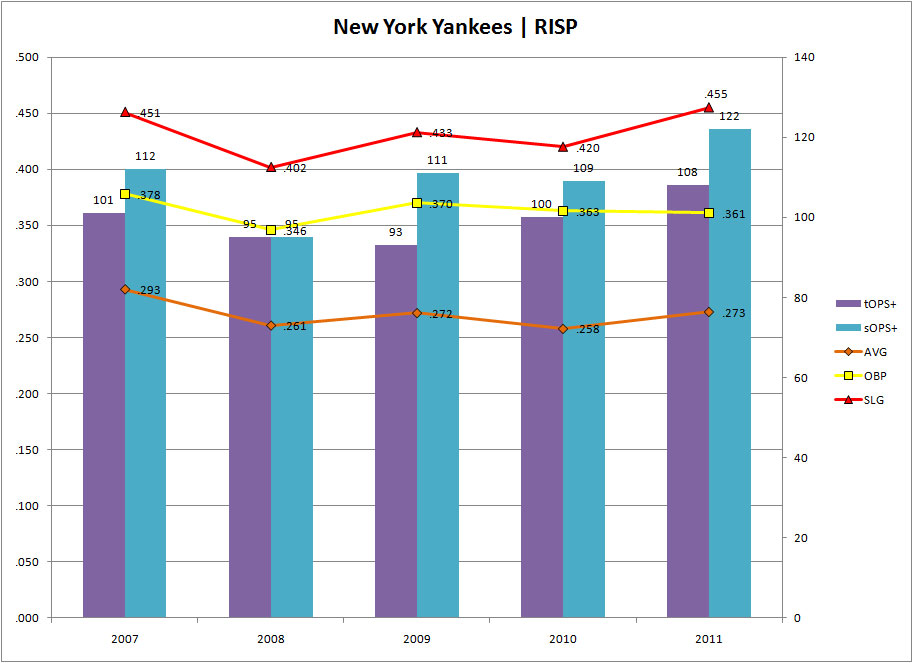 For the second time this season, the Yankees and Royals sat through a lengthy rain delay, but for the Bombers, the payoff wasn’t worth the two hour and ten minute wait. Despite a ninth inning threat against Joakim Soria, the Yanks couldn’t get a big hit, and Billy Butler’s 5th inning home run stood as the winning run in a 4-3 game. The Yanks played their fifth one-run game in a row, and as Tampa Bay and Boston both lost, the AL East playoff picture stays static for another day.

The Bad: Dustin Moseley and the Curse of the RISP

After three solid starts and a one-hit relief appearance against the Royals last month, Dustin Moseley couldn’t command his stuff. It took him nearly 60 pitches to get through the first six outs of the game, and the Royals plated three runs on a double and a bunch of seeing-eye singles in the bottom of the second. Moseley settled down a bit after that, but a Billy Butler home run with one out and rain falling in the fifth doomed the Yanks.

Moseley ended up with the loss after a 4.1-inning outing cut short by the weather. He allowed eight hits and three walks while striking out just one, and some nifty defensive work behind him prevented the Royals from breaking the game wide open. The bloom has come off his rose a bit, but the Yankees, meanwhile, had their chances. They went just 3 for 15 with runners in scoring position with all three of those hits coming in the third inning. From the fourt inning on, they were 0 for 8 with runners in scoring position. After the rain delay, it seemed as though the teams were just going through the motions when play resumed at 11:30 p.m. central time.

After returning from the rain delay, the Bombers made a late go of it against Joakim Soria. The young Royals relief stud allowed a single by Derek Jeter. Then, Curtis Granderson laid into two pitches. The first was pulled foul, and the second was a shot to the warning track in left field. After Mark Teixeira struck out, A-Rod singled up the middle, but Jeter could make it only to third.

That Jeter was still only on first when A-Rod was up remained a mystery to me. Soria isn’t particularly fast to the plate, and Jason Kendall, with a league average caught stealing rate, isn’t a particularly adept thrower behind the plate. The Yanks had to put themselves in a position to tie the game on a single, but Jeter never stole. With runers on first and third, Robinson Cano bounced out to second to end a long game.

The Good: Brett Gardner’s Arm and the bullpen

Despite the outcome, Brett Gardner and the bullpen deserve some praise. In the first inning, Gregor Blanco singled and later stole second. Billy Butler bounced a base hit between short and third, and as Blanco rounded third, Gardner came up throwing. He mailed a perfect one-bounce throw to Jorge Posada to nail Blanco. As Posada held onto the ball — but not his glove — Gardner earned his ninth assist of the season.

Also of note was the relief work today. After Dustin Moseley’s start was cut short by the rain, Chad Gaudin, Kerry Wood, Boone Logan and Joba Chamberlain combined for 3.2 innings of scoreless, hitless baseball. The only base runner the Royals managed after the rain delay came on a walk issued by Gaudin to restart action in the 5th. Logan hasn’t allowed a lefty to reach base since the end of June when he hit Ichiro with a pitch, and Wood has been impressive since arriving from the Indians.

After Jeter’s ninth inning single, the Yanks’ win expectancy was still around 30 percent, but it just went down from there.

It’s a Saturday night special, as Phil Hughes (13-5, 3.92) faces off against Sean O’Sullivan (1-3, 5.05) at 7 p.m. Eastern time. If that match-up seems familiar, that’s because these two pitchers have already faced each other twice this season. Rain is thankfully not in the forecast.