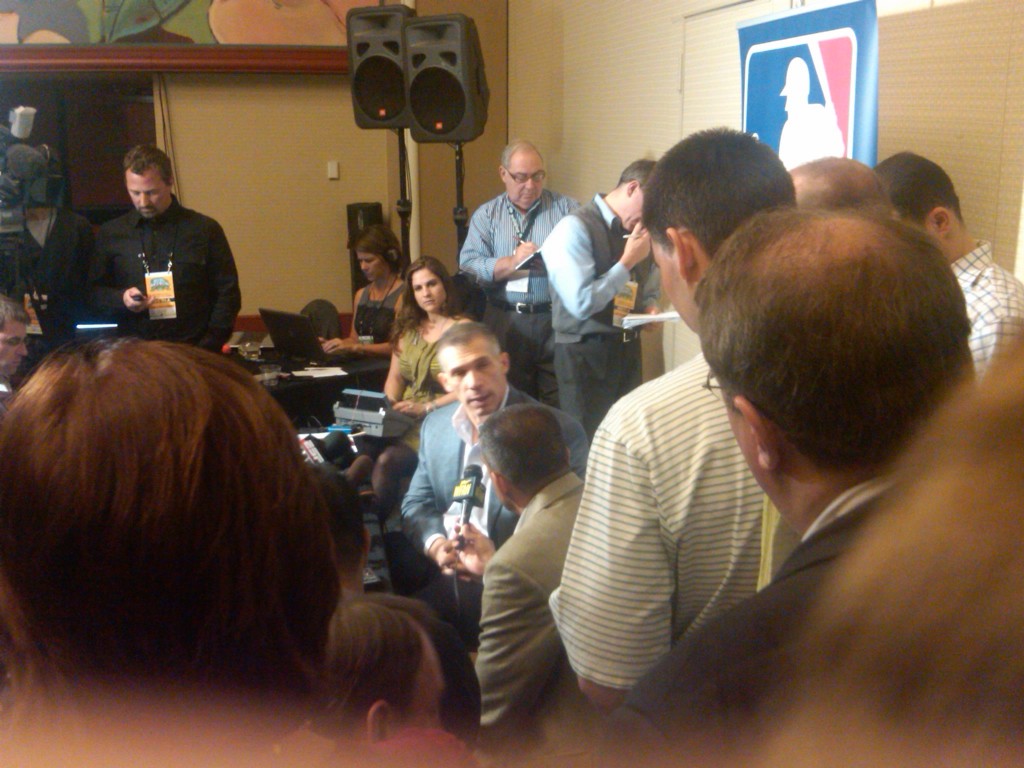 All 30 managers meet with reporters at designated times during the winter meetings, and this afternoon Joe Girardi sat down with a horde of media this afternoon to talk about the state of the team. The managers go two at a time, so Jim Leyland was on the other side of the room doing his presser simultaneously. I’m not joking when I say there were half-a-dozen reporters around Leyland and about two dozen around Girardi. It was the New York media circus at its finest.

Here are the highlights from the presser, with audio to follow…

The audio file is uploading, so give us a few minutes and we’ll have the full interview up on the site. Check out some more choice quotes on our Twitter feed.