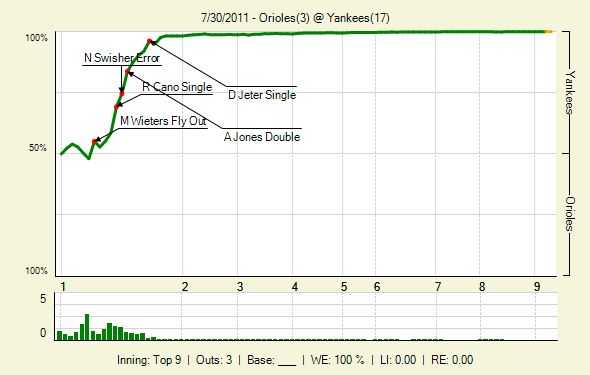 “That’s why I like whipping [the Yankees] butt. It’s great, knowing those guys with the $205 million payroll are saying, ‘How the hell are they beating us?” — Orioles’ manager Buck Showalter, March 2011

The final game of this makeshift four-game set will be played Sunday afternoon at 1pm ET. Freddy Garcia gets the start against Jake Arrieta. If you want to go, I hear RAB Tickets can get you into the Stadium on the cheap.