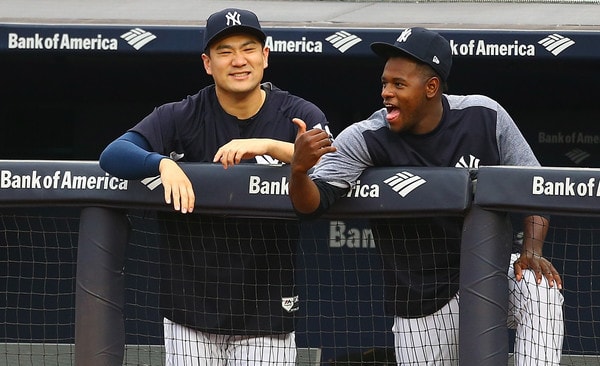 The Yankees will need to target pitching this offseason if they’d like to win the World Series next year. JA Happ, CC Sabathia, David Robertson and Zach Britton are all free agents and Sonny Gray will almost certainly be traded, leaving the Yankees with significant question marks in their starting rotation and even in their otherwise vaunted bullpen. The good news is that the Yankees have deployed one of baseball’s finest pitching corps over the past two seasons – and there is every reason to believe the same will be true in 2019.

It often feels like conventional wisdom that the Yankees’ one significant shortcoming is its pitching, particularly its starters. And when you look at the team’s major competitors since the beginning of 2017 – Cleveland, Boston and Houston – and compare their rotations, it is easy to see why. But the reality is that the Yankees have been just about as good as those teams at preventing runs over that stretch.

The staff was 7th in baseball in bWAR (21.8) in 2018, ranking only behind Boston, Houston and Cleveland in the American League. They were even better when ranked by Fangraphs, placing second to Houston by fWAR (26.6). The same was true in 2017. The Yankees ranked fourth in baseball and second in the AL in bWAR (23.6) and second overall by fWAR (24.8).

The peripherals also suggest an effective group since the beginning of 2017. In the American League, the Yanks rank 2nd in strikeout percentage, 6th in walk percentage, 5th in home runs percentage and sport the 4th best ERA. The relief corps has been nearly unhittable and while the rotation has not been quite that good, the Yankees have been among the hardest teams to hit in the league.

That is not to say that the team should be complacent – Boston, Houston and Cleveland have been consistently better. If the Yankees want to take the next step, they will need to continue to upgrade their starting rotation and maintain its devastating bullpen.

There is no shortage of available arms to pursue. Yanks will be tied to names like Patrick Corbin, Dallas Keuchel, Charlie Morton and – I cannot believe I am saying this – Nathan Eovaldi during the course of free agency as well as the more familiar CC Sabathia and JA Happ. Others, potentially now even an ace like Corey Kluber, will come up as potential trade targets. Bullpen names like Adam Ottavino, Andrew Miller, Craig Kimbrel supplement former Yanks Robertson and Britton.

My best guess is that the Yankees add Corbin and bring back both Happ and Sabathia for a starting five of Severino/Corbin/Tanaka/Happ/CC and re-sign Robertson. Barring a trade, I consider adding Corbin to be the Yankees top priority this offseason and will likely be disappointed if the team doesn’t add him, as the 29-year-old represents a major upgrade.

But whatever pieces the Yankees choose to complete the puzzle is beside the point: the Yankees and their front office deserve our full confidence. The numbers clearly demonstrate that the team has found consistent ways to deploy a dominating bullpen with an above-average starting staff and as long as ownership provides the necessary resources, we should all expect Brian Cashman to assemble one of baseball’s best pitching staffs once again in 2019.