Don’t you hate it when a player strikes out? Not only did he make an out, the worst single outcome of an at-bat, but he couldn’t even manage to make contact. It makes him seem so futile. Many fans loathe high strikeout players for this very reason. They see the swing and miss, and they think futility. The typical fan reaction to a strikeout, however, is disproportional to the actual detriment it causes the team.

In this morning’s post about the skills each Yankee possesses, I linked to a Lookout Landing post that discusses how a player provides value to his team. Again, the whole post merits a read, but there’s one point that stuck out to me in particular, and I didn’t want to lump it in with the skills post. You might recognize the first part of this paragraph, so I’ll emphasize the last two sentences.

Some of these paths will be more appealing than others. Fans generally like power, contact, and discipline. Fans generally don’t like free swingers or strikeouts. If Player A achieves value X with home runs, walks, and groundouts, while Player B achieves value X with doubles, defense, and strikeouts, Player A will generally be better-received, even though the two made equivalent contributions to the team. Fans want value, but they also want style. They want their players to both be good and look good. In other words, fans care about both qualities of imperfections: appearance and magnitude.

The desire for a stylish appearance, I think, leads fans to unfairly criticize high strikeout players. There have been studies showing that strikeouts aren’t worse than other types of outs. But studies, especially studies involving math, rarely succeed in convincing people that a long-held belief is wrong. Neither will a strong argument that doesn’t user numbers, but that won’t stop me from trying. 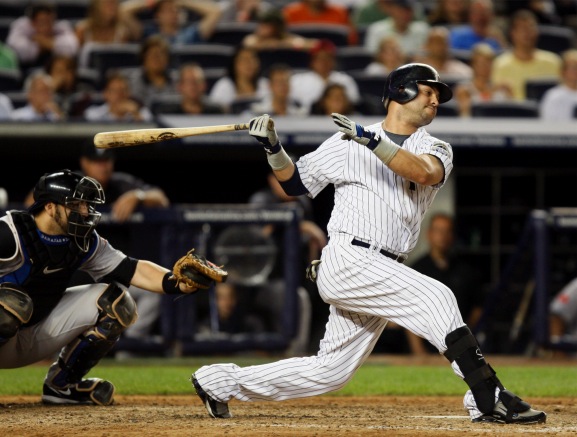 Whether a player grounds out, flies out, or strikes out, that still counts as one of the team’s 27 outs. No matter how it happens, if the first batter of the game makes an out his team has only 26 left. The team also has two outs remaining before it has to erase all progress and start over. Outs, then, are a precious, scarce resource. Using one, whether the ball is put in play or not, represents an unfavorable outcome.

All outs are bad. Strikeouts are one subcategory of outs. Since each type of out equally subtracts from the team’s remaining total, then why should we disparage strikeouts while not caring so much about fly outs or ground outs? Again, I pin it on the emotional reaction taking precedence in our minds, but I’ve heard some empirical arguments against the strikeout.

Since Cano hit very poorly with runners in scoring position, perhaps we can look to another example of a contact hitter in that situation. Melky Cabrera had the lowest strikeout percentage among Yankees last season. In situations with a runner on third and less than two outs he excelled, coming to the plate 40 times and going 13 for 28 with 6 walks, 4 strikeouts, and 4 sac flies. That’s very good, obviously, but in terms of the ever-important task of getting the runner home, Swisher was better, if only slightly. He also struck out less. In fact, over the 179 times in his career he’s faced a runner on third with less than two outs situation, Swisher has struck out just 28 times, or 15.6 percent of plate appearances. His career strikeout rate sits at just above 21 percent.

Again, this is not an exhaustive study, but rather a glance at a situation using players from the 2009 Yankees. But there are already studies, linked above, that prove that point with far more exhaustive methods. My point in this is to show that even though Nick Swisher is a high strikeout player, that doesn’t necessarily mean he’s a shoe-in to strikeout in a situation where a run can score without a hit. It’s also to illustrate that even if Swisher, or a similar player, misses some of those opportunities, he adds value in a different way. Avoiding double plays means more chances for the team to score runs.

Appearance does matter, but only to our emotions. Baseball takes us on a journey that includes terrifying lows, dizzying highs, and creamy middles.1 That’s a large part of how we enjoy the game. We — at least I — don’t watch 162 games because it’s fun to watch players rack up numbers. The emotional ride of each game, of each season, of the game in perpetuity, draws us in and makes us fans for life. Following the numbers only enhances that joy. I scream as loud as the next guy when Swisher strikes out in a big spot, but I don’t let that affect how I evaluate him as a player. He and players like him bring plenty to the table.

1Footnoting is also cool because I can source my Simpsons references. (Up)
Stress: The other performance enhancer
KLaw: Just stick with Gardner