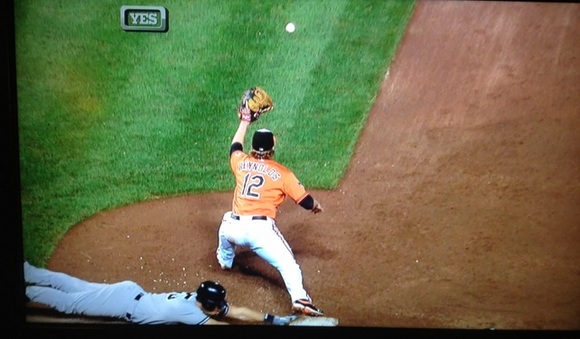 It’s entirely possible the Yankees would have lost this game in extra innings given their bullpen anyway, but man if they lose the division by one game…

MLB.com has the box score and video highlights while ESPN has the updated standings. If you want to see the (depressing) WPA Graph, check out FanGraphs. The Yankees and Orioles are tied atop the AL East again, though the Rays lost to the Rangers and remain two back in the loss column. This nightmare series and road trip will conclude on Sunday afternoon, when Freddy Garcia gives it a go against Zach Britton.