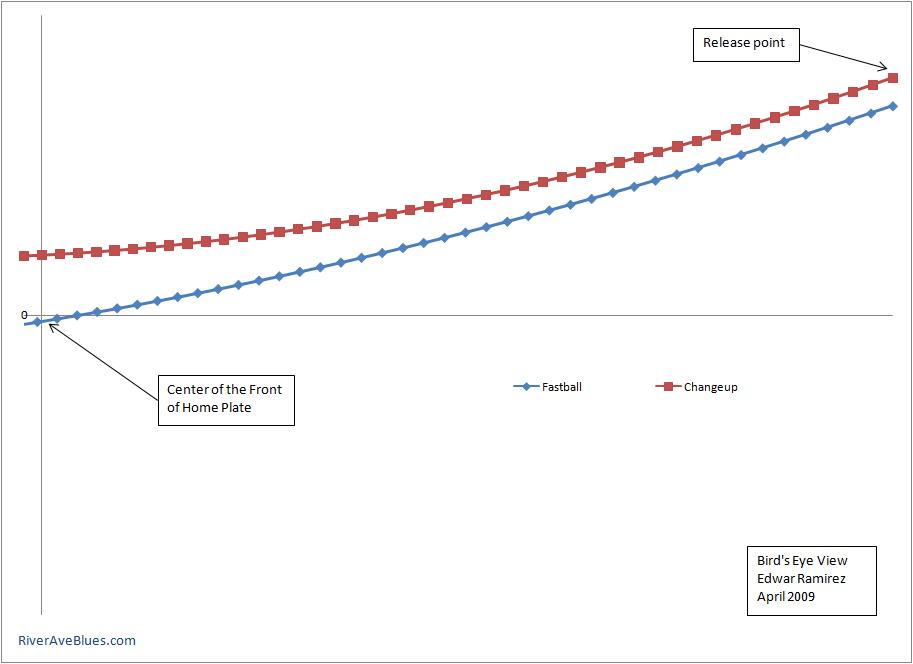 This view is pretty useless for fastballs and changeups, but you can get an idea of how quickly each pitch gets on a hitter. Each tick mark along the flight path represents 1/100th of a second, so the farther apart the ticks, the faster the pitch. Edwar’s changeup takes about 4/100ths of a second longer to get to the plate than his fastball, and you can see that difference in velocity by looking at the tick marks. Here’s the view from first base: 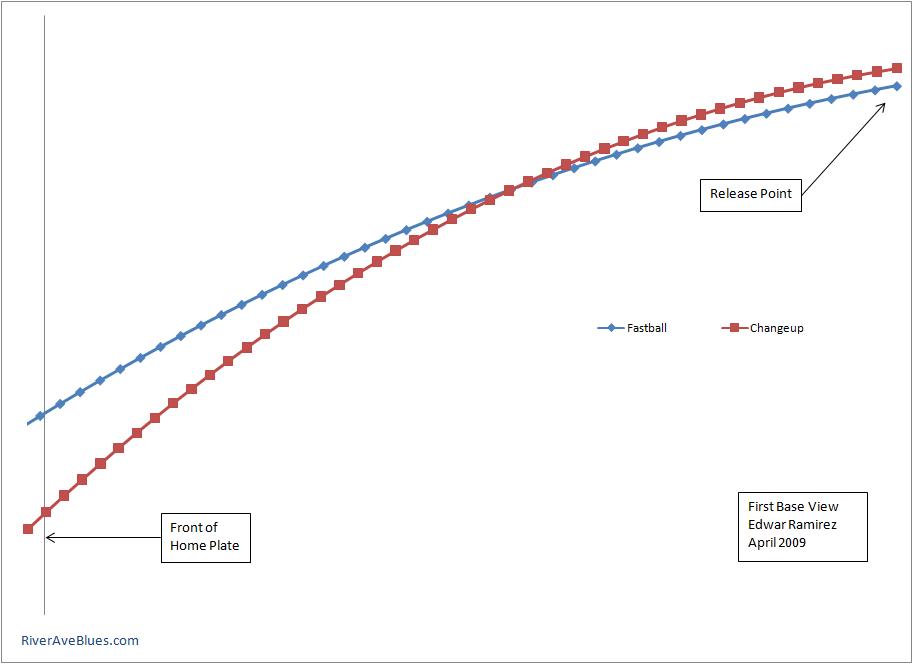 This view is always fun because he can get a real good look at how the pitches move vertically. Obviously Edwar’s changeup has a considerable amount of drop, and that sink really starts to kick in when the pitch is more or less halfway to the plate. Let’s check out the view from behind the dish: 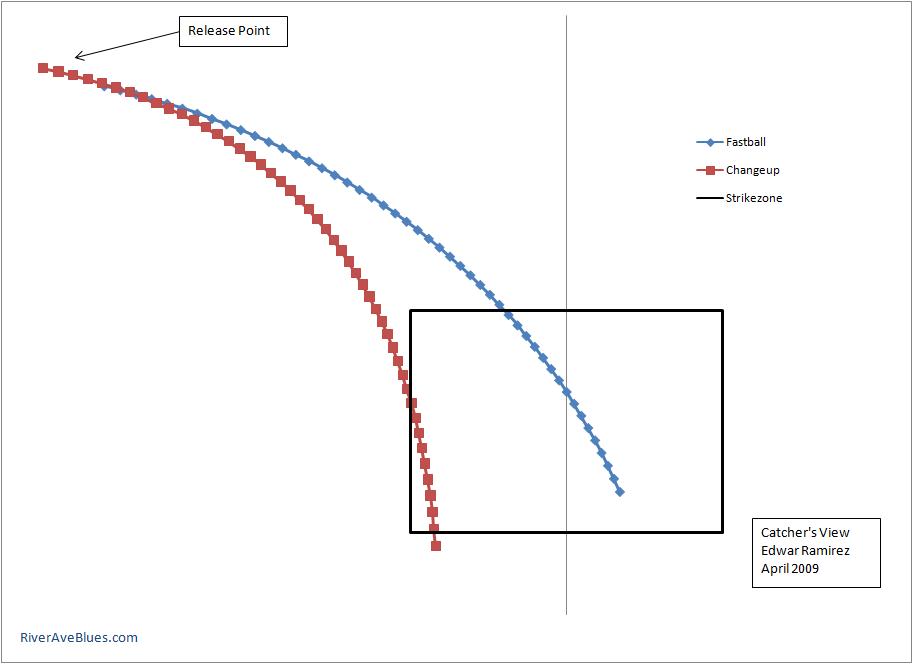 Edwar’s changeup has fades down and away from lefthanders considerably, which leads you to believe that he’d be more effective against batters of the opposite hand. The stats don’t jive with that though:

They’re both pretty significant samples (171 plate appearances vs RHP, 201 vs LHP), so there’s no funny business going on. I dunno what that’s about, maybe Edwar is just more comfortable throwing to his arm side, which allows him to more effectively bust righties inside. Just a guess on my part. 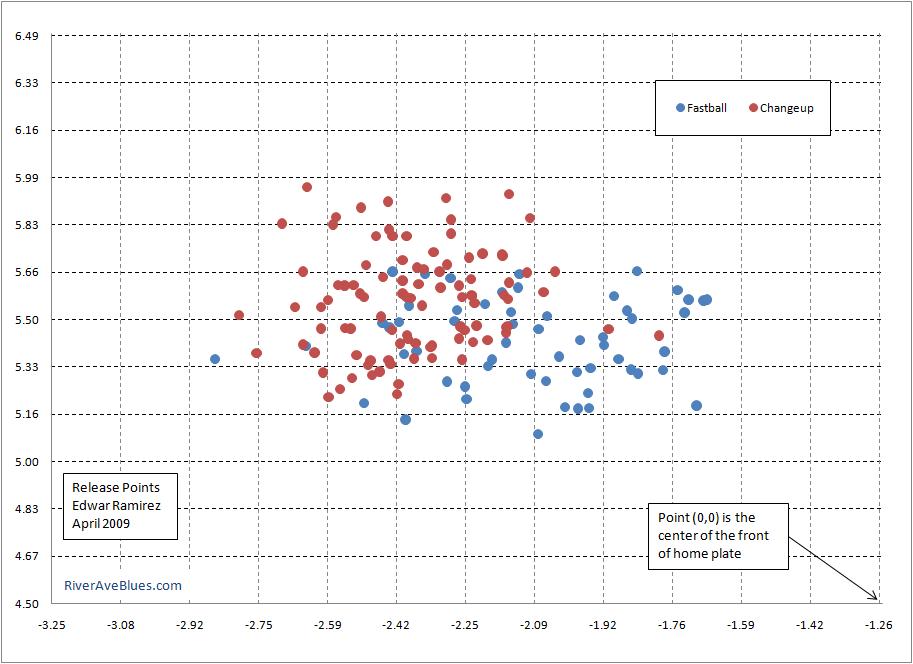 That’s a pretty tight set of release points, generally about 8-inches tall and 10-inches wide, save for a few extraneous pitches. Edwar has one of best righthanded changeups in the game, and there are two main factors contributing to it’s effectiveness:

We’re all familiar with the concept of Good Edwar and Bad Edwar; Good Edwar is the one that’ll march out of the pen and strikeout the side, Bad Edwar is the guy that’ll walk the farm before serving up a gopher ball or two. It seems like we either get one or the other with very few in-between outings. Later on in the season when we have more data I intend to breakdown Good Edwar and Bad Edwar side-by-side to see if there’s a discernible difference.