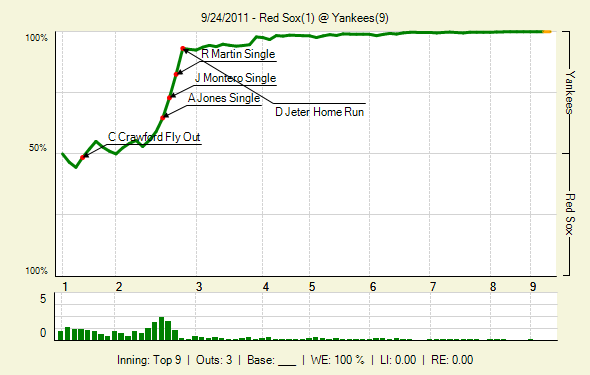 It’s always fun beating the Red Sox, especially in blowout fashion, but it’s even better when the game means a whole lot more to Boston because they’re fighting for a playoff spot while the Yankees have already taken care of business. Let’s recap…

The Yankees and Red Sox will play a day-night doubleheader on Sunday,  wrapping up their season series. A.J. Burnett and Tim Wakefield will start at 1pm ET and be followed by Ivan Nova and John Lackey at 6:30pm ET. RAB Tickets can help get you into the Stadium if you want to catch one or both of the games, or you could come to Amity Hall and hang out with us at the FanGraphs event. Details here.

Open Thread: Beatdown in the Bronx
Comparing the bullpens of AL contenders