In the comments of my graphical look at Yankee starters’ ERAs over the last several years, reader Mike Myers asked if I could do a headshot graph for the Yankee relievers or bench players. Well, in the spirit of the holiday, ask and ye shall receive, so today comes a graphical look at the primary players the Yankees have employed as members of their bench since the 2003 season. Why have I been using that as a cutoff? Admittedly it was fairly arbitrary, but pulling these charts and headshots together is a pretty labor-intensive process, so I’m plenty happy to not go any further back. As you’ll see, the graph gets pretty crowded as it is.

In order to define who made the cut, seeing as how the Yankees generally utilize anywhere between five and 15 different part-time players over the course of the season between cuts, trades and September call-ups, I initially used 100 PAs as a benchmark. While I mostly stuck to that parameter, I did end up getting a bit lenient so that I could include some memorable names that perhaps didn’t quite reach the 100 PA threshold, but came close enough. I did not end up using anyone below 50 PAs, so this should at least be a fairly representative sample of the primary players the Yankees looked to to give a boost (or not) off the bench during their respective seasons.

As for how I graded them out, I decided to go with fWAR, to take into account both offensive and defensive contributions. It’s not perfect, but being that it also takes playing time into account I felt it’d help give a reasonably accurate picture of who helped and hurt the most in limited duty. 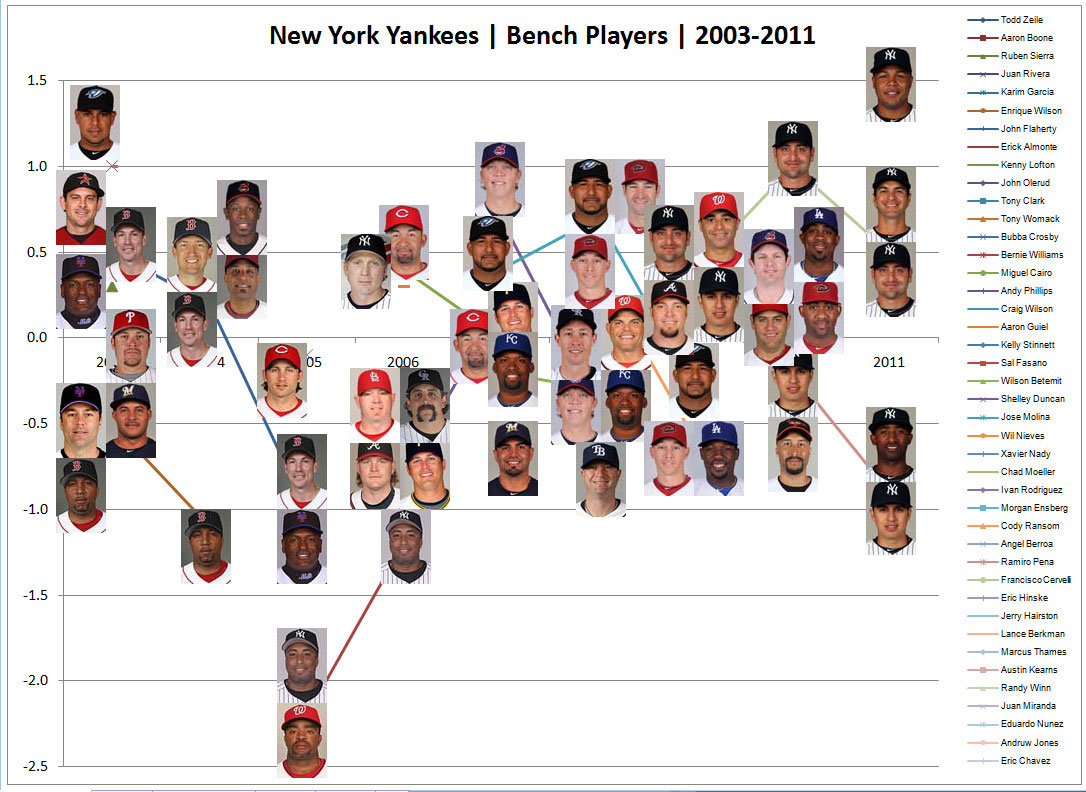 While not an exact science, here’s how the individual fWARs for the players selected tally in each season: