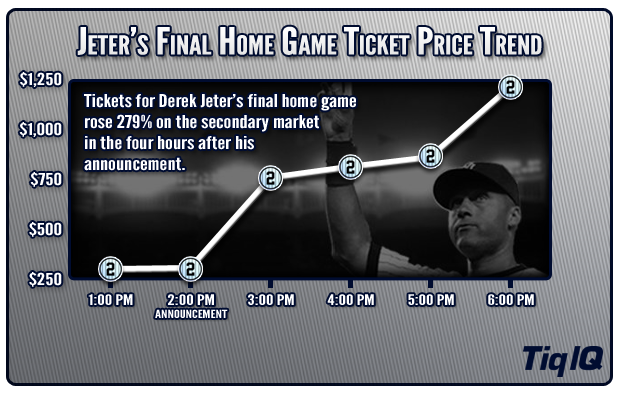 Earlier on Wednesday, Derek Jeter announced the 2014 season will be his last with the Yankees. He is planning to retire after the coming season and that means fans only have a few short months to say goodbye. With some help from our friends at TiqIQ, here’s how Jeter’s announcement is affecting the prices of New York Yankees tickets:

Below is the price movement for the last game of the Yankees regular season in Boston, which might be his final game of his career:

Below is some price data on Mariano Rivera’s final home game last season: