Now that the draft signing deadline has come and gone, we can take a second to step back and try to figure out where all the new guys fit in. I’ve always believed that if you draft & sign a guy and he instantly becomes your top prospect, you either a) landed an absolute stud, or b) have a bad system. More often then not, it’s the latter. Thankfully the Yanks aren’t in that position, although first rounder Slade Heathcott still slides comfortably into the team’s top five prospects.

For the sake of comparison, you can find my predraft list here and my preseason list here. Phil Coke and David Robertson have since graduated to the majors, hence their exclusion. So without further ado …

Damon Sublett, Matt Richardson, and Nik Turley were pushed out when Heathcott, Murphy, and Stoneburner signed. I’m generally hard on international signees (I want to see them do something, anything, in the States before I buy into the hype), so Gary Sanchez fell well short of the list. I’m a big Graham Stoneburner fan, but I’ll admit I was aggressive in ranking him. Hopefully it doesn’t come back to haunt me like Carmen Angelini did back in 2007.

Obviously major injuries to George Kontos, Chris Garcia, Bradley Suttle, and Brett Marshall affected their rankings greatly. Ivan Nova always had the stuff and projection, but never the polish to earn a high ranking. His breakout with Double-A Trenton vaults him up the list. Remember that the middle of the list is very fungible, I could have easily had someone like DJ Mitchell sitting just outside the top ten. It’s just preference, and this is how it shook out given my mood at the time.

So go ahead, file your complaints in the comments. 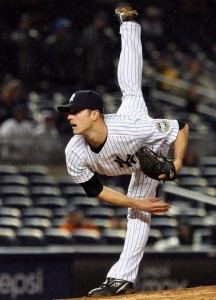 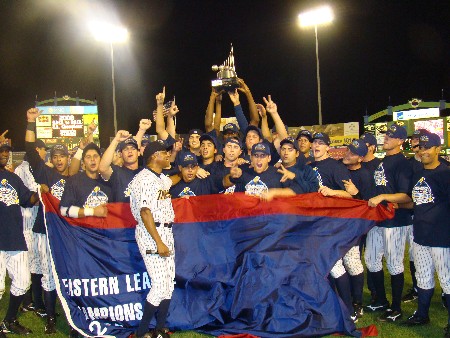 Over the years I’ve gone through phases when it comes to these lists. A few years ago I was all about upside; if you had a significant ceiling you were making my list, regardless if you struck out 195 times in 134 games (coughTimBattlecough). These days I find myself favoring probability and closeness to the majors. Don’t get me wrong, upside is still a huge part of prospect rankings, but I’m definitely starting to weigh readiness more in my rankings. It just makes sense considering the shift towards younger players in today’s game.

The Yankees’ system was definitely in the red this year. The losses sustained due to graduation, trades, injuries and ineffectiveness outweigh the gains brought on by breakouts and player acquisitions. Three players from last year’s top ten are no longer with the organization, and just one player from the top five makes a repeat showing there this year. On top of that the Yanks failed to sign their first and second round draft picks. While they’ll reap the benefits of the compensation picks this year, it’s unlikely they’ll be able to match the potential of Gerrit Cole, nevermind Scott Bittle. Forfeiting their first, second and third round picks in next year’s draft for signing free agents means they’ll be working at a disadvantage as they try to rebuild the system.

Despite all that, the Yanks’ affiliates did a whole lotta winning this year. Triple-A Scranton and Double-A Trenton (pictured) each won their league titles this year, and it was Trenton’s second consecutive championship. All told the minor league affiliates combined for a 406-287  record (.586 winning percentage), far and away the best in baseball. They were the only club to eclipsed the 400 win mark, and the next best organization (Rangers) had a .556 winning percentage. Winning obviously takes a back seat to development in the minor leagues, but it’s always nice to give your young players a taste of success.

As I was putting this list together, I didn’t have to put too much thought into figuring out who the organization’s top three prospects were. Barring a trade I knew exactly who numbers one, two and three were going to be basically since September. Numbers four through seven are pretty interchangeable in my eyes, eight through nineteen even more so. Don’t get too worked up if I ranked your favorite prospect lower than you would have liked, quite often the difference between a set of two, three or ten prospects is smaller than you may think.

It’s always fun to go back in time and see how things worked out, so here’s my 2007 and 2008 lists. Otherwise, the fun starts after the jump. Ages are as of Opening Day.

END_OF_DOCUMENT_TOKEN_TO_BE_REPLACED

So the August 15th signing deadline came and went, but sadly a whole bunch of nothing went on in Yankeeland. The Yanks didn’t sign their first or second round pick, and made up for it only by signing their sandwich pick, a LHP who may or may not have elbow issues. It takes about five years before you can accurately judge a draft class, but so far this looks like the weakest crop of Damon Oppenheimer’s impressive tenure as Scouting Director.

That said, the Yanks did add some nice talent and solid organizational depth, with six players jumping right into my Top 30. Overall the system is down quite a bit from this time last year, partly due to the graduation of Joba & IPK, but mostly because of trades, injury and general ineffectiveness. Here’s my pre-draft list, and keep in mind that the prospects I ranked 16 through like, 28 are pretty interchangeable. Fun starts after the jump.

END_OF_DOCUMENT_TOKEN_TO_BE_REPLACED

The third point of the season isn’t the best time to take stock and assess how the prospects in the minors are doing, but that’s not going to stop me. There’s been a decent amount of movement at the top, which is the result of just about everything: graduation, injuries, ineffectiveness, hissy fits and domination.

Here’s my updated look at the Yanks’ top 30 prospects, as they stand the day before some fresh blood is infused into the system. You can check out my preseason list for comparisons sake.

No fancy intro today, I gave you the schpeel yesterday. The Yanks have a pretty obvious top 4 prospects, and an even more obvious #1. After that though, opinions vary because everybody has their own preferences, and that’s perfectly fine. I’m hear to tell you what mine are. One thing we can all agree on is that it’s a great time to be fan of the farm system, because the system hasn’t been this stacked since the law firm of Johnson, Soriano & Henson roamed the upper levels.

Yesterday I gave you the guys who just missed the cut, today you get the rest of the list. I find the last 8 guys on the list (plus the 5 just misses) to be very interchangeable, which is a good thing because they’re all #23 caliber prospects, not #30 types. Lemme know what you think in the comments. The good stuff is comes after the jump.

END_OF_DOCUMENT_TOKEN_TO_BE_REPLACED

I wasn’t planning on putting together a midseason list, but once I saw that everyone else doing it, I figured I might as well join the party. You can catch Fabian’s Top 30 List hereÂ and EJ’s here. I’m not going to go into too much detail because not all that much has changed as far as individual scouting reports and stuff like that. You can find my Preseason Top 30 list here, for comparisons sake. List after the jump.