The Winter Meetings came to a close this morning with the 2017 Rule 5 Draft, baseball’s mechanism for helping players stuck in the minors get a chance at the big leagues. As expected, the Yankees lost several players in the Rule 5 Draft. That’s usually what happens when you have a deep farm system. There aren’t enough 40-man roster spots for everyone.

Here are the full Rule 5 Draft results. Here are the players the Yankees lost in the Major League phase:

I’m surprised Ford was picked, despite his strong minor league numbers. The 25-year-old hit .270/.404/.471 (144 wRC+) with 20 homers and way more walks (94) than strikeouts (72) this season, mostly at Double-A. Ford is only the fourth full-time first baseman picked in the Rule 5 Draft over the last two decades. I guess the Mariners will see whether he and Ryon Healy can be a productive first base platoon going forward.

The three pitchers getting selected was not a surprise. Gomez is the most notable and best prospect of the bunch. The soon-to-be 25-year-old has an upper-90s fastball and a very good changeup, and this past season he broke out with a 1.92 ERA (2.19 FIP) and 31.0% strikeouts in 71 innings at four levels. Cortes has always posted great minor league numbers, though he’s a finesse southpaw who rarely cracks 90 mph with his heater. Joe Table II has okay stuff and started to put it together this year. RHP J.P. Feyereisen and RHP Cale Coshow were among those Rule 5 Draft eligible but not selected.

As a reminder, players selected in the Rule 5 Draft must spend the entire 2018 season on their new team’s active 25-man roster, or be placed on waivers and offered back to their old team. Most Rule 5 Draft players are offered back, usually before the end of Spring Training. I think Gomez has by far the best chance of sticking among the four players the Yankees lost today. The O’s do have a history of riding it out with Rule 5 Draft players no matter how poorly they perform, however, so perhaps Cortes and/or Mesa will stick.

In the minor league phase of the Rule 5 Draft, the Yankees lost depth C Sharif Othman (Marlins) and converted infielder RHP Yancarlos Baez (Twins). The Yankees selected OF Junior Soto from the Indians as well. The 20-year-old hit .172/.208/.408 (67 wRC+) in 52 Low-A games last season. Soto was a big deal as an international free agent years ago — he signed for $600,000 in 2013 — but things haven’t worked out. The Yankees are taking a flier because why not?

The first two days of the Winter Meetings have been pretty eventful for the Yankees. On Monday they introduced Giancarlo Stanton with a press conference in Orlando. Then yesterday they salary dumped Chase Headley (and Bryan Mitchell) on the Padres. What will today bring? I’m not sure. All I know is the Yankees have been popped up in an awful lot rumors this week.

“We all know we have a stated desire to upgrade our starting pitching,” said Brian Cashman to George King yesterday. “We have more flexibility today than prior to (the Headley trade). We did it with knowledge that we have some hungry, talented, and inexperienced kids ready to prove they can take that next step. But at the same time there might be some opportunities that might exist via free agency or trade.”

On Monday and Tuesday the Yankees were connected to basically every possibly available starting pitcher, including Gerrit Cole, Danny Duffy, and Michael Fulmer. Also, we learned they touched base with Todd Frazier after the Headley trade. We’ll again keep track of the day’s Yankees-related rumors right here, so make sure you check back often for updated. All timestamps are ET.

The first day of the Winter Meetings came and went with little activity. At least aside from that big Giancarlo Stanton press conference, of course. There were a few low-profile signings and the usual array of rumors, yet most of the top free agents remain unsigned. That’ll change soon enough. Will the Yankees sign one of those free agents? Eh, hard to see it after Stanton.

“We have to do more. We have unfinished business,” said Brian Cashman following the Stanton press conference yesterday. “We have payroll space because we have more work to do. (The Stanton trade) fits because we still have room to accomplish all of our stated goals, but obviously it takes up some of that space, clearly.”

Yesterday we learned the Yankees have interest their 2008 first round pick, Pirates righty Gerrit Cole. Pitching help was mentioned more than a few times after the Stanton press conference. Once again, we’re going to keep track of all the day’s Yankees-related rumors from the Winter Meetings right here, so make sure you check back for updates. All timestamps are ET. 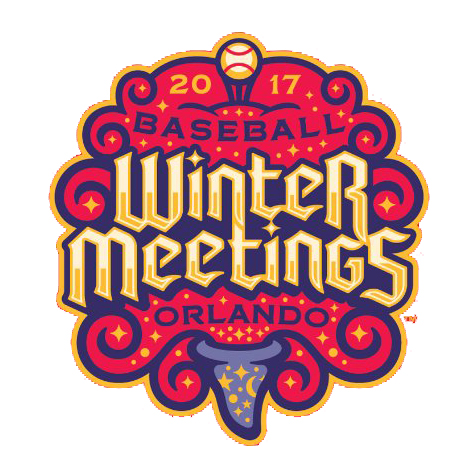 So this offseason went from boring to crazy in a hurry, huh? After weeks of inactivity, Shohei Ohtani signed with the Angels and the Yankees traded for Giancarlo Stanton (!!!) in the span of 48 hours. Just like that, the two most intriguing storylines of the offseason were resolved. Ohtani is an Angel and Stanton will be mashing dingers in the Bronx.

That doesn’t mean the Winter Meetings will be boring this week, of course. There are still plenty of quality free agents on the board — nearly every top free agent remains unsigned — plus surprise trade candidates always emerge. The Stanton trade is all but certain to be the Yankees’ biggest move of the offseason. They do still need some pitching though, and possibly a second baseman.

“I do think that the future is bright. We’ve got a lot of good stuff that is already in place, and we’ve got more good stuff coming. I thought everybody got a chance to see that on the baseball stage this year play out. It has a chance to play out that way even further in the future. I don’t think there is a lot for us to have to do. I think we’re going to be patient, and we’re going to be diligent,” said Brian Cashman to Bryan Hoch, barely three days before the Stanton trade.

Stanton will be introduced at a 2pm ET press conference this afternoon, which I assume will be on MLB Network and MLB.com. Now that the Winter Meetings are underway, we’re going to keep track of all the day’s Yankees-related rumors right here. I honestly don’t know what to expect in the wake of the Stanton trade. The Yankees could very easily sit back and let the market come to them now. We’ll see. Make sure you check back often for updates throughout the day. All timestamps are ET.